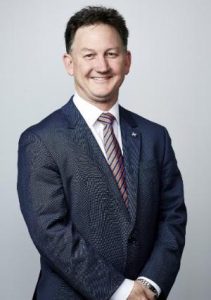 The amount that health funds will pay out for a coronary procedure can vary by as much as $740 between insurers, according to latest figures from the AMA.

The AMA report notes that insurers are required by law to pay a minimum 25% of the set Medicare fee, but in some cases will strike agreements with doctors to see fees at a no gap or known gap to minimise the amount patients pay out of pocket.

“It is a common misunderstanding that the doctor’s fee is the reason for an out of pocket cost,” the report states. “Yet, there can be a significant difference in the amount an insurer will pay towards a medical service, and it varies insurer to insurer and procedure to procedure. Occasionally it varies from State to State.”

Drawing on data from funds’ websites and the national insurance regulator APRA, the report uses league tables to compares how much funds will pay out for common procedures.

In one example, Australian Health Service Alliance (AHSA) is named as the fund which pays out the most for a coronary bypass ($3,820) which is $740 more than Mildura Health Fund and $730 more than NIB offers.

A separate comparison table describes how location plays a role in how much Bupa members will get back – for example members Victoria get $300 more in cover for a coronary artery bypass than those living in other states, and up to $250 more back on a stent for a coronary artery.

AMA president Dr Michael Gannon says the report card aims to help consumers understand confusing array of insurance products on the market, and it also reveals how every year, for-profit health insurers are making bigger profits while increasing the number of exclusions on products.

“It’s not our job to pick favourites. We will not do that. But unlike the comparator websites – who, for what it’s worth, are also bleeding money away from patient care with the commissions paid to them – this is just collating the industry’s own data and showing it to patients, and asking patients to focus not so much on a cheaper premium, not so much on a pair of gym shoes, but the real value proposition of private health insurance: being looked after when you get sick and you need treatment in hospital.”

He says the AMA took no pleasure in diminishing the health insurance industry which is a key plank of the universal health care system.

“I am keenly conscious that every time we shine a light on the failure of the health insurers to deliver a decent product, we diminish the value proposition of private health insurance and we threaten the viability of the private hospital system in Australia,” Dr Gannon said.