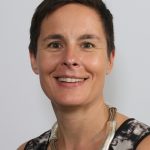 A growing sub-group of patients present with STEMI despite having no traditional risk factors, according to data from one of the largest and most comprehensive global registries on heart disease and myocardial infarction.

Cardiologist Professor Gemma Figtree and colleagues from the Kolling Institute, NSW, along with international collaborators have detailed long-term follow-up from the extensive SWEDEHEART registry cohort.

The study, which has been published in the Lancet, reveals that the proportion of patients who present with STEMI without one of the standard modifiable risk CV risk factors (dubbed SMuRFs) – such as hyperteniosn or diabetes – is increasing and accounts for 15–30% of patients with STEMI.

And despite their perceived low risk of having coronary disease, SMuRF-less patients had a much higher mortality rate compared to people who had traditional risk factors for heart attack.

The disparity was particularly striking in SMuRF-less women who had the highest rate of 30-day mortality (17.6%), followed by women with traditional risk factors (11.1%). Mortality risks were lower in men, with a smaller difference between those who didn’t versus did have SMuRFs (9.3% vs 6.1%).

Less is not more for SMuRFs?

It’s a finding that challenged the common assumption that lower traditional risk for atherosclerosis equates to lower risk after myocardial infarction, said investigators.

The analysis included 62,048 adults who had a first STEMI without a known history of CAD. About 15% had not been diagnosed with any of the four SMuRFs, with a higher rate in women versus men (17.0% vs 10.6%).

The most common SMuRF was hypertension (70.4%), followed by hypercholesterolemia (48.4%), current smoking (32.6%), and diabetes (21.3%). SMuRF-less patients were as likely as those with risk factors to be treated with primary PCI or thrombolysis, but they were less likely to receive statins, ACE inhibitors/ARBs, or beta-blockers at discharge.

But the lower rates of prescriptions for secondary prevention therapies at discharge in the SMuRF-less group offered only a partial explanation for the greater mortality risk, said investigators. They noted that the association of SMuRF-less status with increased early mortality did not appear to be driven by recurrent myocardial infraction or heart failure, and was attenuated after adjustment for use of treatments targeting angiotensin and β1-adrenergic neurohormonal pathways.

Given that low risk for developing atherosclerosis did not seem to equate to low risk of death or atherosclerotic events after myocardial infarction – and women without SMuRFs were at the highest risk of mortality in the first 30 days after presentation –  investigators called for increased education and awareness and other measures aimed at reducing excess mortality and undertreatment in the subgroup.

They said evidence-based pharmacotherapy during the immediate post infarct period should be considered irrespective of baseline risk factors or sex.

Long term, SMuRF-less patients should be represented in clinical trials with outcomes reported alongside the proportion of patients with individual risk factors, they suggested.

Dedicated meta-analyses of clinical trial data examining the efficacy of secondary prevention pharmacotherapy in SMuRFless patients has also been flagged along with a push to find new biomarkers, to improve early identification and primary prevention of atherosclerosis, where traditional risk algorithms are currently failing.

Writing in a linked editorial, Dr Mai Tone Lønnebakken from the Department of Heart Disease, Haukeland University Hospital in Norway, said despite known associations between sex-specific risk factors and increased cardiovascular risk, such factors were often not accounted for in risk stratification.

“Without consideration of risk, there cannot be gain, and thus new sex-specific risk factors and risk markers should be implemented in clinical risk models that can identify high-risk individuals among SMuRF-less patients with STEMI,” she said

Improvement in risk stratification and accurate diagnosis would help to tailor treatment in SMuRF-less patients, reducing the excess mortality and avoiding undertreatment in this subgroup, she added.