Arrhythmia monitoring may be key to prevention of SUDEP 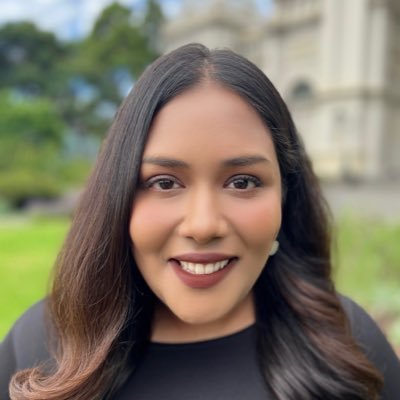 Australian research shows that many patients with chronic drug resistant epilepsy have serious cardiac arrhythmias that could predispose them to sudden unexpected death in epilepsy (SUDEP), but which go undetected with routine epilepsy and cardiac investigations.

Using implantable cardiac monitors for up to four years in a group of 31 patients, clinicians at Monash University and Alfred Health, Melbourne, detected a high incidence of clinically significant cardiac arrhythmias in patients.

In the study, patients with drug-resistant epilepsy of more than five years duration had a subcutaneous cardiac monitors implanted for a minimum follow-up duration of a year. The device was programmed to automatically record episodes of tachycardia ≥140 beats per minute (bpm), bradycardia ≤40 bpm for ≥3 seconds, or asystole ≥3 seconds.

During the cardiac monitoring period, 90% of the patients had episodes of sustained (≥30s) sinus tachycardia, 26% had sinus bradycardia, and 10% (three patients) had asystole.

Three of the patients had serious cardiac arrhythmias that required additional cardiac interventions. Of these two patients had prolonged sinus arrest and ventricular asystole (>6 seconds), leading to pacemaker insertion in one.

Another patient with an epileptic encephalopathy had multiple episodes of recurrent non-sustained polymorphic ventricular tachycardia and bundle branch conduction abnormalities.

It took as little as one month but sometimes as long as 27 months following cardiac monitor insertion to detect a serious arrhythmia.

Led by Dr Shobi Sivathamboo, from the Monash Central Clinical School’s Department of Neuroscience and Alfred Health’s Department of Neurology, together with collaborators from The Royal Melbourne Hospital, the researchers say the novel finding may be a contributing factor associated with the incidence of premature mortality including SUDEP.

“We’d selected patients who were otherwise asymptomatic – there was no clinical indication to monitor them other than the fact that they had severe or poorly controlled epilepsy,” Dr Sivathamboo said.

“We found that 10% of patients we monitored had serious cardiac arrhythmia that required further cardiology management which is highly interesting as it was previously thought that ventricular tachycardia was irrelevant to SUDEP, but our findings suggest that this may not be the case,” she added.

The findings follow a previous study with collaborators from New York University and published in Neurology late last year that revealed Heart Rate Variability, and in particular reduced low frequency power (LFP), acted as a marker for SUDEP in epilepsy patients. These findings may provide a low-cost, non-invasive biomarker to stratify SUDEP risk in epilepsy patients.

However Dr Sivathamboo noted that SUDEP may also have other underlying causes. “SUDEP is really complicated to study. I think multiple mechanisms may be involved but it highlights that cardiovascular management should be a key treatment strategy for epilepsy patients, managed by cardiologists with medications or surgical interventions,” she said.

She is now leading a change in standard clinical practice so that all patients admitted for epilepsy monitoring at The Alfred hospital long-term now have their respiration and blood oxygen levels monitored as well as ECG data.

“That’s going to pick up patients that stop breathing as a result of their seizures – sometimes they can stop breathing and that relates to cardiac arrhythmias,” she said.

The co-investigators of the study, published in Neurology include Professor Terence O’Brien Head of the Department of Neuroscience and Professor Patrick Kwan, Professor of Neurology, and Royal Melbourne Hospital cardiologist Dr Paul Sparks.