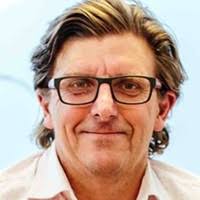 An Australian cardiologist’s campaign to remove the stigma around doctors’ mental health has grown into a fully-fledged global social media movement.

Now in its second year, the social media campaign #crazysocks4docs was trending on Twitter on June 1, as Australian doctors and other health workers – and their supporters – posted photos of their feet clad in colourful and patterned socks in a bid to raise awareness about the mental health of those working in the health sector.

The movement has struck a chord internationally, with health professionals from countries including the US, UK, Kuwait, Canada and New Zealand pledging their solidarity with colourful posts.

“I think there’s been this need for some sort of campaign and it’s hit the mark,” says Dr Geoff Toogood, the Melbourne cardiologist who spearheaded the push last year in the hope of lifting the lid on a topic that has been taboo for generations.

I’m wearing #CrazySocks4Docs because I survived my suicide attempt. But many of my colleagues don’t. And because I wish my friend @cabs31 was here to see this hashtag trend. pic.twitter.com/OwNzfVRVJ4

Dr Toogood, an ambassador for Beyond Blue who has been vocal about his own experience with mental illness, says he has been surprised by the groundswell of support for the campaign this year.

But “it can still get bigger” he says, and will need to in order for the message to filter into every workplace and change culture so that discussing mental health becomes “the same as talking about all other health issues”.

“I think we need to make sure the conversation keeps going, we normalise it, make it safe for people to have the conversation, leaders need to stand up and be proactive,” he told the limbic.

“To talk about the traumatic circumstances you might go through and not bottle them up, that’s the theme of today.”

Today, under the hashtag #crazysocks4docs, posts are full of raw emotion as doctors pay tribute to co-workers lost and open up about their own attempted suicides.

Many contain the staggering statistics – one in four doctors have had suicidal thoughts, one in five have been diagnosed with or treated for depression and one in 50 have attempted suicide.

These statistics are from Australian research, Dr Toogood says.

When you are sick, healthcare workers are there to help. So, it’s easy to forget that sometimes they need to be looked after too. Today we are supporting #CrazySocks4Docs to raise awareness about the importance of mental wellbeing in healthcare workers https://t.co/QzfIGxhFNw pic.twitter.com/cv3guGlzr2

As well as opening a conversation, the social media movement has become cathartic, says Dr Toogood.

“It’s emotional realising it’s trending, it’s touched so many people. This is giving people a voice to say what’s happened, there’s people tweeting about people who died 20 years ago”.

It’s also being embraced at institutional level as hospitals, medical colleges and health groups, post tweets in solidarity and the campaign is officially launched at Peninsula Health in Victoria.

“There is no way I can keep up with the social media today,” Dr Toogood quips. “I will need to employ someone next year.”

We need to get rid of the toxic bravado in medicine. We need to look after ourselves, and look after and out for each other.