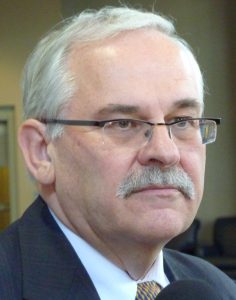 Australia has the second highest-paid specialists in the world, according to a review of healthcare spending of 11 OECD countries.

Published in JAMA, the review shows the US gets poor value for its high cost hospital-focused healthcare system and highly paid medical specialist workforce.

The mean annual income of specialist doctors in the US was $409,000 a year, which authors Irene Papanicolas et al suggested could be attributed to the country’s overall higher standard of living and “differences in productivity or the extent to which training costs are borne by the individual”.

But the report also showed that Australian specialists were second behind them the OECD income league table, earning an average $AUD 262,000 per year – almost $26,000 more than the average doctor income ($A236,000) across all 11 OECD countries and double that of Swedish doctors (A$127,000).

Leading health economist Dr Stephen Duckett, from the Grattan Institute in Melbourne, said it was also striking that the mean income for Australian specialists was double that of general practitioners (cited as A$138,000 per annum).

This was undesirable, he told the limbic, because it generated a massive financial incentive for doctors to become specialists.

“I think this is a very bad signal, because it’s essentially saying we don’t regard primary medical care as important as specialty practice.”

“Certainly the Medicare relativities need to change and there are some specialties which are now grossly overpaid with very high rates of out of pocket costs and I think both of those need to be reined in to bring the total remuneration closer to general practice.”

Dr Duckett also noted that the income disparity between GP and specialist incomes was not seen in the majority of comparison countries, pointing to Canada where the gap was just 20%.

He said in Canada there was a deliberate profession-led push for parity which has not occurred in Australia.

“In Canada the equivalent to the AMA, the provincial medical associations, are really serious about trying to ensure remuneration is balanced across primary care and specialist practice and that the fee schedules reflect how the medical profession thinks it’s desirable for medical practice to evolve.

“Whereas you’ve got no sense that the AMA has taken any responsibility for balancing incomes across general practice and specialist practice.”

Meanwhile, the report ranks Australia as the second biggest spender on in-patient care, representing 31% of all health spending.

The figure is just 1% lower than the highest spender, the Netherlands and much lower than Canada’s 17%.

However, he did not think the figures suggested there was room to cut costs, at least not in public hospitals.

“I think we are relatively efficient, certainly in the public system, on cost per patient treated”