A matter of conscience: what to do about the national medical regulator

The national medical regulator, the Australian Health Practitioner Regulation Agency (AHPRA), is responsible for the oversight of fifteen different groups of health professionals, covering a total of 825,700 practitioners. AHPRA has become a huge and well-resourced bureaucracy which now has the capacity to ‘pull the wool over the eyes’ of distant and poorly-briefed health ministers whose accountability for the regulator is remote. 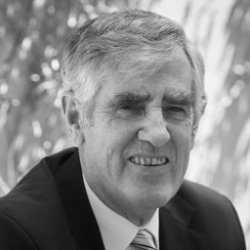 Since the early 1990s, I have been a supporter of the concept of a single national system of medical registration. However I have been a vocal critic of many aspects of the ‘national scheme’ of medical regulation (and here) that in 2010 was foisted in haste on a mostly passive medical profession simply wishing to get on with their work.

The scheme is based on the Australian Health Practitioner Regulation Agency (AHPRA) which supports and funds fifteen national boards covering all the health professions (medicine, nursing, pharmacy etc.). While there are other voices with similar critical views, we have struggled to be heard. My own voice has been maligned as one ‘living in the past’. To a certain extent, this criticism is true in so far as it reflects my emphasis on those positive aspects of the former medical regulatory system that have been neglected, denied or destroyed by the architects and implementers of the 2010 ‘national scheme’, to the detriment of hard-working health professionals.

In its short life, the national scheme has been the subject of numerous parliamentary inquiries, surely a sign that there is something structurally wrong with the scheme. The most recent inquiry was conducted this year. An incomplete list of those inquiries can be found here.

My public criticism of the scheme has resulted in distressed doctors contacting me for counsel. While I have strived to assist these doctors, the structure of the national scheme has left me unable to be of much help, a situation that has led me to a crisis of conscience.

However, before describing the basis for my crisis, I need to remind readers of some of the weaknesses and failings of the current national regulatory system for health professionals. These include that:

By contrast, here is a list of some of the positive aspects of the previous state-based medical regulatory system that have been lost for all jurisdictions other than NSW and Queensland:

So what is my crisis of conscience about? I have been made aware of the distress of a number of competent and respected doctors who feel that they have been unfairly dealt with by AHPRA and the MBA. I have listened to their distress and seen the documented evidence of mistakes, misjudgements, and insensitive and unfair treatment by the regulator. In one of these cases I helped to take a complaint through AHPRA and the National Health Practitioner Ombudsman’s office with an inadequate and unsatisfactory outcome arrived at after inordinate delays in both agencies.

In two cases, I have helped to write accounts that should be published so that health ministers, other health professionals and the broader community might be made aware of how faulty is the structure now in place. However, neither of these accounts was ever submitted for publication as both doctors feared they would be discriminated against should they ever be subject to a new notification to AHPRA.

Thus I am sitting on information that deserves to be known by health ministers, all health professionals, and the wider community but I cannot make it public without abusing the trust of these two doctors. My conscience is troubled as I have no doubt that other doctors and other health professionals will similarly be badly treated unless the faulty national scheme is drastically reformed. Indeed it is highly likely that there already are many other health professionals who have experienced distress because of the faults in the system but have chosen to remain silent for the same reason.

What should happen? As I have written elsewhere, the national registration scheme ‘has only one redeeming feature to my mind and that is the portability of registration between the states and territories. And the single national register now prevents disgraced doctors moving to practise interstate’. (AHPRA is also responsible for oversighting the accreditation of education providers for health professionals but even here it has not added value to the excellent accreditation process for Australia’s medical schools conducted by the Australian Medical Council).

If I were a health minister in Victoria, South Australia, Tasmania, Western Australia, Northern Territory or the ACT, I would seek to join NSW and Queensland and become a co-regulated jurisdiction, leaving AHPRA with the single valuable role of maintaining a national register. Indeed, a Victorian Parliamentary Committee in its 2014 report recommended precisely this step for Victoria, but it was not taken up.

In co-regulated NSW, complaint handling and investigation, professional performance assessment and assessment of health/impairment issues are the responsibility of the NSW Medical Council (the renamed NSW Medical Board). If co-regulation can function effectively for NSW which has 30% of Australia’s 129,000 doctors and 27% of Australia’s 429,260 nurses, it must surely be able to do the same in all the other states and territories. If such a change ever comes to pass, my conscience may be eased.

Dr Kerry Breen AM is a retired physician and gastroenterologist and past President of the Medical Practitioners Board of Victoria. He is also a past President of the Australian Medical Council. Kerry is a co-author of Good Medical Practice: Professionalism, Ethics and Law, published in 2016 (4th ed.) He is not formally trained in the law but has had nineteen years’ experience of participating in and chairing medical disciplinary inquiries and eight years of participating in and chairing hearings of the Federal Administrative Appeals Tribunal.

This article was first published in Pearls and Irritations (link).