Australia’s medicines watchdog is a ‘bargain’ for taxpayers by international standards and the job of running it is only a part-time commitment, its head says.

With a staff of roughly 1,000, the TGA operates at an average cost of $170 million per year – about one fiftieth the annual budget of the US Food and Drug Administration. 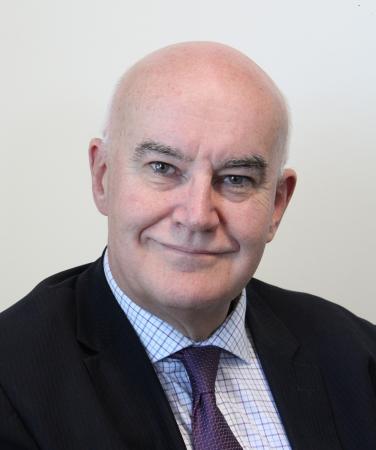 But despite the financial gulf between them, the two agencies manage a broadly similar set of responsibilities, albeit on a vastly different scale, according to Australia’s health regulator boss.

Adjunct Professor John Skerritt stresses the two are not directly comparable: unlike the FDA, the TGA doesn’t regulate food or veterinary drugs. On the other hand, its reach covers advertising, as well as drugs and chemicals scheduling – neither of which are within the purview of its US counterpart.

Nevertheless, although running the TGA is Professor Skerritt’s main job, he says he devotes 40% of his working hours to other roles.

“The other thing that’s a bargain is at the personal level,” he said in a recent interview with the US regulator (link here).

“Although I’m equivalent of the FDA Commissioner, it’s only one of three jobs I have, so I’m also Deputy Secretary for the Department of Health and Aged Care – so a bit like the Deputy Secretary of HHS.”

“And I also head the Office of Drug Control, which has some similar roles to the Drug Enforcement Agency. But I only get one salary, unfortunately!”

He said some savings were the result of a collaboration established in the early 2000s, aligning the TGA with regulators in countries like Canada, Singapore, Switzerland and the UK.

Known as the ACCESS Consortium, the group works together by combining resources to review drug applications, even sending out “joined-up” sets of questions to drug sponsors.

“Since these efforts began, we’ve approved (or are currently reviewing) about 30 new molecular entities and eight generic drugs covering a wide range of therapeutic areas – and for some recent drugs with all five countries involved in the review,” Professor Skerritt said.

“It’s been a very profitable collaboration.”

The regulator was also partially funded on the backs of the pharmaceutical companies themselves, who pay about $250,000 in total per application to register a new medicine.

He added major labour savings also came from the use of FDA or European Medicines Agency assessments in some cases, a process known as “reliance pathways”.

An additional benefit was speedier turnaround times, particularly for drugs with identical indications approved within the last 12 months.

“We will still look at all the data. It’s not an automatic decision, but we’ll make a decision within 120 working days,” he added.

“If we’re looking at an older review by the FDA or the EMA, or there’s some slight differences in either manufacturing site or maybe the indications, or something else, we’ll assign it to the comparable overseas regulated B pathway for a decision within 175 working days.”

“Even then, it provides a faster route to market and avoids the need to rework the work of other regulators.”

The TGA’s response to drug shortages

With an overwhelming proportion of Australia’s prescription medicine supply the result of imports, Professor Skerritt said his biggest current headache was drug shortages which had only become more common since the pandemic.

He said the regulator had taken steps to address the issue, including the rules introduced in 2019 to require all drug companies to report both current and upcoming shortages and discontinuations.

Another recent reform had been to encourage greater data sharing between hospital systems, allowing different jurisdictions to work together on procurement in times of limited supply.

Pharmacists had also been granted greater flexibility in dispensing without the need for new prescriptions, Professor Skerritt added.