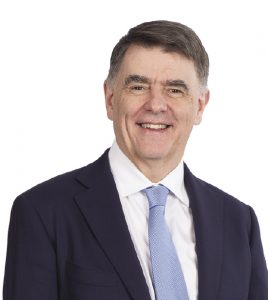 Specialists’ fees are again under the microscope, with the government appointing a new expert committee to investigate claims some doctors are charging exorbitant fees and causing patients financial hardship.

A newly appointed ministerial advisory committee on out-of-pocket costs will be tasked with identifying “why some doctors charge large fees” and exploring strategies to enable patients and GPs to compare fees and gaps, according to a press release from Minister Hunt.

The minister’s move follows recommendations from a Senate inquiry into out of pocket medical costs in December, which included proposals for a searchable public database of doctors’ fees administered by the federal Department of Health, to allow “informed financial consent”.

The Royal Australasian College of Surgeons has conceded some surgeons charge excessive fees and says it does not oppose such a register, as long as it’s done by an independent body that is “using the right parameters to judge the fees themselves and how they’re presented”.

But the AMA does not support the doctor fee database proposal, arguing it will be unlikely to accurately predict gaps because specialists use many item numbers and work with more than a dozen insurers.

National president Dr Michael Gannon says government policy, not the medical profession, is to blame for rising out-of-pocket costs, citing the Medicare freeze and private health insurers’ decisions to either freeze or under-index schedules as “the two biggest drivers”.

Speaking to the ABC recently, he noted that 89 per cent of procedures were provided at a no-gap level and the most effective strategy would be to empower patients to enquire if their specialist was a no-gap, or known gap, provider.

“Doctors are not the problem in the affordability of private health care, but that’s a really good question to ask,” he said

“And if a doctor says that out-of-pocket expenses are going to extend towards five or 10 or 15,000 dollars, I think we should encourage patients to ask why, and then they can make their own informed choice.

“Or they might look for doctors who use one of the no-gap schedules or charge a more modest out-of-pocket expense,” said Dr Gannon.

The Senate report into excessive medical costs also noted that the number of people with exclusionary health insurance policies had grown markedly in the decade to 2017, from 7% to 40%