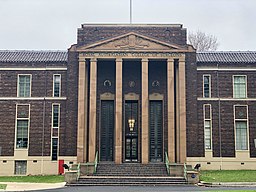 The Royal Australasian College of Surgeons (RACS) could soon have a new name, with members set to vote on a change by the end of this year.

The college council has already endorsed the name Royal Australian and Aotearoa New Zealand College of Surgeons (RAANZCS) for the rebrand, saying it better reflects its binational status.

A second option, the Royal College of Surgeons of Australia and Aotearoa New Zealand (RCSAANZ) has been rejected as too different from the current wording.

It follows a long-running campaign from the college’s New Zealand branch, which has been calling for a name change for nearly two decades.

The inclusion of Aotearoa was specifically requested by the Kiwi membership to recognise a Māori name of the country, it says.

However, it remains uncertain whether the shake-up will go ahead, with a yes vote of at least 75% required under the college constitution.

The idea is proving controversial.

Dr Randal Williams, a general surgeon in Adelaide, labelled the new name “controversial, cumbersome and confusing”, in a post arguing against the change on the RACS website.

“If the name Australasia is (apparently) baffling to some in the community, how is Aotearoa going to be regarded?”

“This also might set a precedent for a further change to include an Indigenous name for Australia. Where will it end?”

Dr Peter Robertson, an orthopaedic spinal surgeon in Aukland, added it would be inappropriate to include languages other than English in the official college name.

“Both Australia and New Zealand have diverse populations, with an Indigenous component, and these populations have changed over time,” he wrote in a post on the RACS website.

“An attempt to represent all populations in any name would be senseless.”

It’s not the only shake-up to the surgical college’s identity in recent years.

Back in 2019, it announced it was abandoning its traditional coat of arms in favour of a “modern and contemporary” logo in the shape of a stylised capital ‘S’.

The Royal Australian College of General Practitioners was forced to abandon an attempt to follow suit late last year after the proposal was rejected by members.

A mock-up of the new brand. Source: RACS