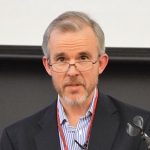 Promising initial results for the bisphosphonate zoledronic acid in knee osteoarthritis have not been replicated when tested in a randomised controlled trial, according to Australian results presented at the European League Against Rheumatism (EULAR) Congress in Amsterdam.

Zoledronic acid did not alleviate knee OA-related pain or reduce the size of associated bone marrow lesions (BML) over two years, a study in more than two hundred patients found.

A previous pilot study in 59 adults had shown that a single infusion of zoledronic acid reduced knee pain and BML size in knee osteoarthritis patients over six months, which prompted the larger trial, according to Professor Graeme Jones of the Menzies Institute for Medical Research, University of Tasmania, Hobart.

A total of 223 patients aged at least 50 years, who had significant knee pain and MRI-detected knee BML but not severe knee arthritis, were enrolled in the study and randomised to receive either zoledronic acid or placebo once-yearly. Severe knee osteoarthritis patients were excluded.

Their baseline mean Western Ontario and McMasters Universities Osteoarthritis Index (WOMAC) scores for pain and function were 200/500 and 657/1700 respectively and Visual Analogue Scale (VAS) pain score was 51/100. The median BML size was 489.6mm.

“It is disappointing that our results have not replicated the positive findings of the initial pilot study,” said Professor Graeme Jones, who presented the research to EULAR 2018.

There had been high hopes for zoledronic acid because of the lack of disease-modifying drugs available for the treatment of osteoarthritis, he said.

Despite osteoarthritis being the most common form of joint disease and a major cause of pain, dysfunction and disability, pain control remains poor, he told the conference.

“It is really the poor cousin of rheumatology for outcome improvement in the last 20 years, and there are no approved disease-modifying drugs.”

“However, there may be a role for zoledronic acid to relieve symptoms in patients with mild osteoarthritis,” he added.