This was consistent in both the total efficacy population and the MRI/CRP-positive subpopulation.

ASAS40 response was achieved by up to two-thirds of the MRI/CRP-positive group and total efficacy group but in fewer MRI/CRP-negative patients. 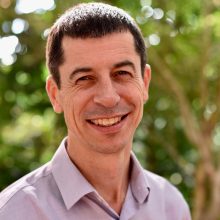 “Furthermore, there was a sustained reduction in , which was significantly greater in the SIJ [sacroiliac joint] of patients who achieved clinical remission than in those not in remission,” the study authors said.

Rheumatologist Professor Matt Brown, a co-author on the original ABILITY-1 trial, told the limbic it was positive to see the prolonged response, that the majority of patients stayed in the study, and no significant toxicity change.

“I think what this shows is that TNF inhibitors are effective for nonradiographic axial SpA which we have thought before and that treatment leads to a reduction in symptoms and better function.”

“The medication was well tolerated and didn’t appear to have any additional side effects other than those we know from its established used in ankylosing spondylitis.”

Professor Brown, director of genomics at the Queensland University of Technology, said that his interpretation of the results in the MRI/CRP-negative group was a little more subdued.

“With 31% of patients achieving an ASAS40 at three years; that means there is still some response but it’s not great. 40% get an ASAS20 and that’s not very good.”

“So I think that means that MRI/CRP negative people should be treated with something else – probably something that is not an immune suppressant because their symptoms are probably not caused by inflammation.”

He added it was also interesting that the effect of the TNF inhibitor was much greater in the pelvis than it was in the spine.

“One wonders whether that is part of the reason why has been difficult to show that TNF inhibitors prevent radiographic damage in the spine.”