3 reasons to test for ANCA in scleroderma patients 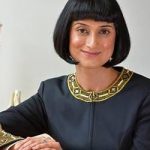 ANCA antibodies should be tested at baseline in all scleroderma patients at diagnosis to identify those with worse prognosis who will require closer monitoring and follow-up, according to study authors Dr Jayne Moxey and Associate Professor Mandana Nikpour at the Department of Medicine and Rheumatology, St Vincent’s Hospital, Melbourne.

In a study published in Arthritis Research and Therapy, Professor Nikpour and colleagues analysed prospectively collected data from the Australian Scleroderma Cohort Study (ASCS) with a total of 1303 patients from five centres, one of the largest cohorts of its kind.

The prevalence of ANCA was 8.9%, in keeping with previous results ranging from 0-12%. In those with ANCA autoantibodies, only 2.3% had evidence of ANCA-associated vasculitis (AAV). The vast majority of patients were female, Caucasian and had smoked previously.

In patients with ANCA autoantibodies, there was a more than two-fold higher prevalence of ILD (44.8% vs 21.8%) even after accounting for anti-Scl-70 antibodies. The authors proposed that ANCA autoantibodies could play a pathological role in the development of ILD, possibly mediated by subclinical vasculopathy.

Similarly, there was an approximately three times increased risk of PE (8.6% vs 3.0%) after accounting for anti-phospholipid antibodies. This suggested that ANCA autoantibodies could play prothrombotic role in the development of PE.

ANCA positive patients also had worse survival than ANCA negative patients, with a Hazard Ratio of 1.6 for mortality during 50 years from onset of sclerodoma, though causal mortality was not assessed.

There was no difference in rates of pulmonary arterial hypertension between ANCA positive and negative patients (12.9% vs 9%).

The study authors noted that ANCA-associated vasculitis has previously been associated with adverse complications. However, the new results suggested that the presence of ANCA autoantibodies without clinical vasculitis still confer a relatively high risk of thrombosis, ILD and mortality.

“This study revealed a significant association between ANCA in systemic sclerosis and ILD, pulmonary embolism, synovitis and overlap syndrome with other connective tissue diseases,” they concluded.

“Patients who are ANCA positive have increased mortality, independent of sex or age at diagnosis. These findings suggest that ANCA should be tested at baseline in systemic sclerosis patients as it is associated with a worse prognosis and necessitates vigilant monitoring and follow-up.”