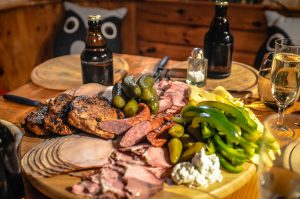 Patients with poorly controlled gout feel stigmatised and blamed for “living the good life” or for drinking too much alcohol.

Community perceptions about the disease downplay its impact on patients and may influence their behaviour related to seeking treatment, the study said.

The Australian qualitative study involving face to face interviews with 11 inpatients with gout and phone interviews with three of their GPs revealed patients experienced severe pain and functional disability.

Some patients used mobility aids, lived in fear of the next attack and felt hospital was the best place for them given the severity of their pain.

Unfortunately there was also poor continuity of care and patients generally lacked confidence in their GPs to manage acute gout.

“I don’t know how much knowledge he (GP) had about gout because he knew of my uric acid levels and never prescribed anything for it so I’m not sure if he didn’t have an understanding or he knew and just thought oh I can’t put you on the medication because once you’re on the medication you’re on it for life,” one of the patients said.

The study, published in BMJ Open, noted delayed administration of urate-lowering therapy (ULT) and inappropriate prescribing – with most patients only taking acute therapies such as paracetamol, colchicine or NSAIDs.

“As far as all the patients were aware, uric acid levels were also infrequently checked, usually once, and at most twice a year by their GPs,” the study said.

The variation in patients’ reports of health professional advice given about medications, lifestyle and diet were also concerning.

“The misunderstandings of the pathophysiology of gout have led to the disease being ignored as a chronic condition requiring long-term management. It is not viewed seriously as a form of inflammatory arthritis.”

“Consequently, gout is considered a minor health condition and is being inappropriately treated as only an acute episodic condition rather than one requiring chronic ongoing treatment,” the study said.

“Our study demonstrates multiple areas of breakdown in the health system–patient relationship due to patient distrust of the health system and stigmatisation, lack of continuity of care, and poor understanding and misconceptions of gout.”

The study suggested improving patient self-management support, addressing community-level stigma, shifting the focus from an acute to a chronic condition, and promoting continuity of care were essential to prevent complications of gout and improve health outcomes.