Smoking is no excuse not to give biologics in AS 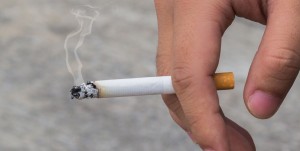 Response to TNF inhibitors does not differ according to smoking status in a study of patients with axial spondyloarthritis (axSpA).

However smokers and ex-smokers start from a different baseline of disease severity than never smokers.

The study of 627 patients from the British Society for Rheumatology Biologics Register for Ankylosing Spondylitis commencing on their first TNF inhibitor found a third were current smokers (33%), 30% were ex-smokers and 37% were never smokers.

Baseline values of most outcome variables including the Bath AS Disease Activity Index (BASDAI), spinal pain, functional impairment, sleep, anxiety and depression were worse in current and ex-smokers than never smokers.

However all outcomes improved significantly after commencing on a TNF inhibitor.

“In this large UK cohort of axSpA participants, response to the first TNFi did not differ significantly according to baseline smoking status. Prescribers should dispel any subconscious bias that smokers may not respond as well to treatment,” the study said.

However they added patients should still be encouraged to quit smoking – ‘particularly given the high burden of cardiovascular disease in rheumatic patients’.

“Smoking is associated with more severe disease (activity, functional impairment and radiographic progression); it is not known whether cessation leads to improvement in disease outcome.”

The authors suggested methodological differences and higher quality data might explain the inconsistency of their results with earlier studies.