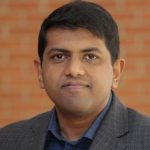 Patients with ankylosing spondylitis are almost twice as likely to self harm as the general population, with many incidents involving poisoning.

Although a higher prevalence of psychiatric comorbidities, including depressive disorder, has been demonstrated in patients with ankylosing spondylitis, there has been little data on the risk of serious mental health outcomes following diagnosis with the condition.

Presenting their findings at EULAR, Canadian researchers say the results highlight the need for routine evaluation of self-harm behaviour as part of the management of chronic inflammatory arthritis.

The population-based cohort study using data from Ontario included 13,964 patients with ankylosing spondylitis and 53,240 with rheumatoid arthritis. Each was matched with four people who did not have inflammatory by age, sex, and year at diagnosis comparators. Individuals with a history of mental illness or a previous episode of deliberate self-harm were excluded.

Data on emergency department presentations for deliberate self-harm subsequent to diagnosis showed that patients with ankylosing spondylitis were more likely to deliberately self-harm than comparators (incidence rates of 6.79 vs 3.19/10,000 person years, adjusted HR 1.82).

The emergency department data for between April 1, 2002 and March 31, 2016 also revealed that patients with rheumatoid arthritis presented more frequently than their comparators  (3.51 vs 2.45/10,000 person years) for deliberate self-harm, but not after adjustment was made for covariants  (HR 1.09).

Researcher Dr Nigil Haroon, a rheumatologist and co-director of the spondylitis program at the University of Toronto Health Network, who presented the study at the Annual European Congress of Rheumatology (EULAR 2018), said : “Our study is one of the first to document the risk of serious mental health outcomes following a rheumatoid arthritis or ankylosing spondylitis diagnosis and highlights the need for routine evaluation of self-harm behaviour as part of the management of patients.”

He added that it was likely that the rate of self-harm might be even higher, because self-harm is underrecognised as patients may not attend the emergency room or not volunteer that their injury was intentional.