As staff redeployment ends and hospitals restart routine care, the limbic talks to rheumatologists about the challenges ahead.

In March when Covid-19 was officially declared a pandemic and hospitals, fearfully watching what was happening in Italy, started opening new critical care beds, rheumatologist Dr Chetan Mukhtyar was one of those members of staff who were redeployed from their usual role. His rheumatology department at Norfolk and Norwich University Hospitals NHS Foundation Trust was essentially closed as the hospital turned its attention to battling the virus.

Dr Mukhtyar and his colleagues have only just returned to their clinics and are now busy working out how to prioritise the hundreds of patients waiting to be seen. Dr Mukhtyar likens it to coming back home from a long trip and not being able to open the door because  of the post piled up behind it.

“We’re a little bit like that, we can barely open the door and get in because there is much work we don’t really know where to start,” he says. As with everyone else, the seven rheumatologists (most of whom are part-time) in his department cannot see as many patients as they would like because of ongoing restrictions.

“We have a huge challenge because nobody has been seen in three months. Usually we would expect 200 referrals per month and that’s about 600 people who have been quietly sitting biding their time and hundreds we would have seen as outpatients also needing to be seen and we can’t bring anyone in.

“We have to be really aware of social distancing, we can’t pack our waiting rooms like we used to.”

Challenges of prioritising patients in an unprecedented situation

Dr Mukhtyar and his colleagues are trying to work out how to prioritise patients but at the moment that plan is evolving daily, he explains. “It doesn’t help that the government keeps changing what they want to do. Patients ask us for advice and we don’t have the answer. We’re trying to use our best judgement.”

What he has noted is that some patients, who at one point did not want to come anywhere near hospital,  are now more willing to start treatment. “People are still anxious are increasingly saying yes I’m going to take it now. It’s not just about surviving it’s about living if you’re in pain all the time and not able to move it takes a mental toll.” 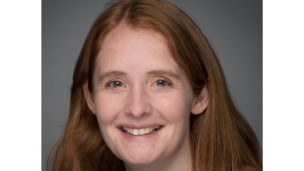 In Oxford, Dr Laura Coates, an NIHR clinician scientist explains they were able to deal with urgent new referrals because they had a lot of academic staff who came in to fill the gaps. Job plans are now back to normal but they too can’t see anywhere near the numbers of patients they want to because of social distancing. She says she really feels for the smaller district general hospitals that had to shut completely.

“A lot of trusts are coming back to a backlog and that’s probably when they were at the limit of their waiting times anyway,” she says.

The delay in clinical trials will have an enduring impact

Dr Coates says that one of her main concerns is the delay in reopening clinical trials that were closed and the knock on effect on getting patients the best treatment.

“It is having a big impact on everything and unfortunately will for a long time. We are struggling to get permission to reopen any of the trials,” she says.

One of her studies was on more aggressive treatment for psoriatic arthritis which was allowed to stay open for patients already recruited because their treatment was dependent on the protocol. But they still cannot recruit new patients because the sponsor – in this case the university – has not signed off.

“There is going to be a massive delay in all our research projects far more than we expected. There is a massive knock on impact. The future is not looking stunningly rosy,” she says.

Dr James Galloway, senior clinical lecturer and honorary consultant in rheumatology at King’s College Hospital in London says he was redeployed but the size of their team meant they could keep some services running in the background. However they have lost their clinical space. 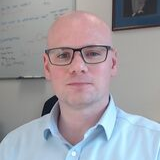 The speed of the Covid-19 wave hitting the hospital was such that they went from plan A to plan C in a matter of days. Now they are trying to implement their recovery plan.

“Plans are evolving fairly rapidly at the trust level and at the departmental level but the environment is changing week by week and that makes it very difficult to plan more than a week in advance,” he says.

On the positive side, multidisciplinary working and collaboration has worked really well, he adds.

“We have got some real challenges around what work is safe to do remotely and where our clinical risk is. We spent a lot of time looking at what we need to focus on. Lupus is one of the high risk areas where people can become unwell quickly,” he says.

And at the back of everyone’s minds is the potential for a second wave of Covid-19 cases although no one really knows if or when that might be.

Dr Mukhtyar says if that does happen, rheumatology and other services need to keep going.

“I hope we learn that we should not shut down everything and we can’t just focus on one set of issues,” he says.