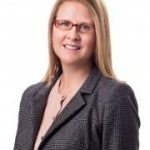 Leading musculoskeletal medicine researchers are recruiting for what is hoped to be the definitive study on whether platelet rich plasma injections are more hype than hope in knee osteoarthritis.

The treatment, which was removed from the MBS in 2015 for lack of evidence, is popular for both osteoarthritis and soft tissue injuries such as tendonitis.

The NHMRC-funded RESTORE trial plans to provide the evidence one way or the other that injections of autologous PRP can reduce symptoms of osteoarthritis or modify the disease process.

Principal investigator Professor Kim Bennell told the limbic the evidence base for the treatment was severely lacking.

“There are probably about 12 RCTs now but a lot of them have been small sample sizes, they haven’t necessarily been properly blinded and they had issues around follow-up. Also, none of the studies have looked at disease progression in terms of structure and most of the studies compare PRP to hyaluronic acid rather than to placebo.”

Professor Bennell from the Centre for Health, Exercise and Sports Medicine at the University of Melbourne, said RESTORE was looking to recruit 288 patients from sites in Sydney and Melbourne. Professor David Hunter at the Royal North Shore Hospital, Sydney is the NSW collaborator.

Participants will receive weekly injections of PRP or placebo for three weeks then be followed at three and 12 months on measures including symptoms and structure on MRI.

“If it is disease-modifying it should last out to 12 months, although structural changes don’t necessarily correlate with symptoms – you might have an improvement in structure but not symptomatic benefit and vice versa – but from my perspective, if you’re going to be paying thousands of dollars to have this treatment, you’d want it to last more than a few weeks.”

“We are also targeting the group in which there is some suggestion it may be more beneficial – people with mild to moderate disease – rather than those with severe disease on X-ray. If it’s going to work, then it would be more likely to work in that group.”

Professor Bennell said investigators on the team included some who used the treatment in clinical practice and others who were more skeptical.

“I’m a physiotherapist so we are into exercise, weight loss and self-management. We are certainly not out there saying it is going to work. We haven’t got a disease-modifying agent so it would be very surprising but great if it was. And we know how strong the placebo effect [is] – so if you get an injection of anything, it has got benefits. So we really need to provide the evidence.”

“At the moment, we’ve just finished RACGP guidelines and we couldn’t really make a recommendation one way or the other based on the evidence.”

“Basically, we are wanting to provide evidence that will help clinicians know whether or not it is a treatment worthy of recommending for their patients.”

Meanwhile the main treatment for osteoarthritis remained exercise and weight loss if appropriate.