Professor Flavia Cicuttini: do patients benefit from the label of symptomatic early OA?

There’s a balancing act underway between well intentioned efforts to intervene early and change the natural progression of knee osteoarthritis (OA) and the attendant risks of creating a new class of patients with symptomatic early-stage knee osteoarthritis.

According to an article in Nature Reviews Rheumatology, valid diagnostic criteria for early-stage knee OA remain a challenge but underpin the search for a window of opportunity in which to offer disease-modifying treatments to reduce the burden of later-stage OA.

The authors, including Professors Martin Englund from Sweden’s Lund University and Frank Luyten from KU Leuven in Belgium, said an accurate definition of early knee OA would result in more homogenous patient populations.

“It would also facilitate interventional trials to validate therapeutic targets in the proper disease context and hopefully lead to therapies that can slow down joint destruction and even restore joint homeostasis,” they said.

However in practice, expanding the population of patients labelled as early OA, smacked of disease-mongering by industry and risked overdiagnosis and overtreatment.

And there were ethical issues around creating a new disease for which there currently was no effective treatment. 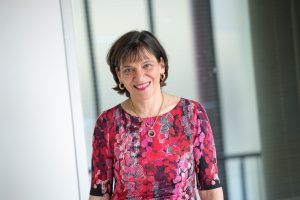 Commenting on the article, Professor Flavia Cicuttini told the limbic the review was useful in terms of reminding people that osteoarthritis represented a continuum of disease.

“They’ve shown that elegantly but it’s been known for ages now. You don’t suddenly switch knee osteoarthritis on … there have been changes happening for years and years and we probably need to be more aware of that and be preventing them.”

Professor Cicuttini, head of rheumatology at Melbourne’s Alfred Hospital, agreed that there should be more clinical trials done in the very early stages of osteoarthritis with the aim of finding treatments targeted to different phenotypes which could be effective early in the disease.

The problem was that clinical trials needed to recruit based on definitions incorporating imaging.

“People talk about early stage disease as grade 2 but we’ve shown that the minute you have any radiological OA, you’ve got 10% of your cartilage lost, which is late. It becomes a Catch-22.”

She said the issue was even trickier in clinical practice.

“To say we need to define OA early is fine but what are we going to do? Are we now going to start doing MRIs? And what treatments do we have? There are no disease modifying treatments.”

“And we’ve spent ages trying to stop people over-investigating for no reason.”

Professor Cicuttini said in many cases, a diagnosis of early OA in people with knee symptoms was obvious.

“We know for example that in women aged 18-55, in community based studies, more than one in three describe having some knee pain. If you use a WOMAC, they have pain of more than 0. It’s not really bad, they are not going to the doctor, they are not having lots of treatment but they have some knee symptoms.”

“But really, once you get to people over 40 or 35, if you don’t have an inflammatory arthritis, it’s almost always osteoarthritis. There is a limit to the things it can be..[and] there are things we can be doing at that stage.”

“The things that have been shown to work are if you can stop obesity or overweight developing because for every 0.5 kg put on, the knee is loaded by 2 kg. Plus you start to get the metabolic effects of the fat, etcetera. There is definitely good evidence that gaining weight is associated with increasing pain.”

She said despite being included in OA guidelines, recent meta-analyses had suggested that for people with established OA who were overweight or obese, weight loss has a minimal effect on pain.

“In the future we may have disease modifying drugs, but I think where we have to be very careful is we don’t suddenly say we need to diagnose early OA, do MRIs and then someone sees a small degenerative meniscus change and they rush for arthroscopy or stem cells when none of that has been shown to work.”

Recent research from her team – an RCT of atorvastatin in symptomatic knee OA – found the statin didn’t work as a disease modifying agent.

“But if you looked at people that had very early changes in subgroup analyses, they were much less likely to develop bone marrow lesions.”

“It was certainly associated with less early structural joint damage. It goes to the whole notion that people with vascular pathology and microvascular disease are more likely to have things like cartilage defects and BMLs. We’ve shown that repeatedly.”

While requiring more study, it suggested that treating microvascular disease may help some people by reducing the progression of knee OA.