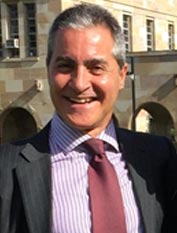 Rheumatologists will be familiar with 3 new EULAR recommendations on use of DMARDs in RA but putting them into effect is a different matter given reimbursement restrictions, a local expert says.

Updated EULAR recommendations on the management of RA are both “practical” and “aspirational” – providing an evidence-based treatment algorithm which may however be thwarted by local access to synthetic and biological DMARDs, says Queensland rheumatologist Professor Peter Nash.

In an editorial in Annals of the Rheumatic Diseases,  he suggests the recommendations might help drive better access to novel therapies.

“The recommendations lend themselves for use by national associations to argue with regulators and reimbursers to make therapy more accessible by defining evidence based standard of care,” he writes.

Professor Nash says nine of the 12 EULAR recommendations are unchanged from the last update in 2016.

However one of the changed recommendations (Rec 8) is that bDMARDs and tsDMARDs are now equal alternates – either of which should be added where a treatment target was not achieved with csDMARDs in the setting of poor prognostic factor.

Recommendation 10 regarding subsequent treatment after bDMARD or tsDMARD failure is changed to emphasise that after a TNF inhibitor failure, an agent with another mechanism of action should be used ahead of a second anti-TNF.

And in a third change (Rec 11), tsDMARDs have been added to a tapering strategy for patients in a persistent remission.

Speaking to the limbic, Associate Professor Nash said most Australian clinicians would be aware of the recommendations.

“…but rather than follow them to the letter, they are much restricted to what the access restrictions are through the PBAC. They are cognisant of the recommendations but the reality is you have to obey the rules to get access.”

For example, the recommendation about using agents with different mechanisms of action over time didn’t gel with what he called “the PBAC’s ridiculous five-strike rule”.

“If you fail five bDMARDs you are out for a number of years. What they should say is patients can have access to every different mechanism of action,” he said.

Professor Nash noted the EULAR recommendations were not without some areas of controversy.

“…the high use of low dose prednisone for example is sanctioned in the recommendations as bridging therapy to get off drug within 12 weeks but that rarely happens so a lot of people stay on low dose for a long time.”

He also emphasised in his editorial that the recommendations included a note of caution about searching for “ever subtle improvements in efficacy and safety and the perils of overdiagnosis and overtreatment.”