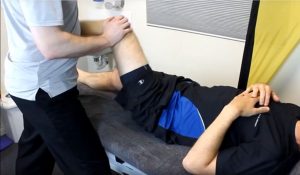 A high proportion of people with chronic knee pain due to osteoarthritis are being referred for arthroscopy without having conservative treatments such as physical therapy, a South Australian study shows.

In a bid to explore why SA has high rates of knee arthroscopy compared to other states, researchers at Adelaide University analysed rates of knee pain and the treatments used to manage it in a cohort of 1488 people over the age of 18 in North West Adelaide.

They found that knee pain was common, being reported by more than 30% of participants, and was associate with older age and obesity.

Overall,  33% of the people with knee pain or stiffness reported consulting a GP within the previous year, and 12% had been referred to an orthopaedic surgeon.

The researchers noted that among the people seeing a GP for knee pain, the proportion referred to an orthopaedic surgeon (27%) was similar to the number seeing a physiotherapist for knee pain (26%).

And of those who saw an orthopaedic surgeon in the previous year, only 22% reported seeing a physiotherapists for knee pain.

Overall, 3% of the total cohort had a knee arthroscopy procedure during the five year study period, among whom 80% reported persistent knee pain and stiffness after their procedure. Knee MRI use was also common in people reporting chronic knee pain, and one in three people who had knee MRI also had knee arthroscopy.

The study authors said the findings suggested that GPs in SA appeared be ignoring osteoarthritis guidelines that recommend orthopaeodic assessment be reserved for patients with severe disease that has not responded to conservative treatments.

“This data … indicates that approximately 1 in 3 patients presenting to GPs with knee pain are being referred to orthopaedic surgeons. It also appears that conservative care is being underutilised,” they wrote in Internal Medicine Journal.

“When looking at those with knee pain who saw an orthopaedic surgeon, only 1 in 4 also saw a physiotherapist within the last 12 months., indicating that the utilisation of physiotherapy as part of standard care for knee pain presentations in SA is likely to be low.”

They estimated that unnecessary arthroscopies in SA were costing about $2 million a year and this represented inappropriate care.

The underutilsation of conservative treatment for knee OA needs to be addressed in a national Osteoarthritis Strategy, they concluded.

MBS items for GP ordering of MRI of the knee were withdrawn in November 2018.