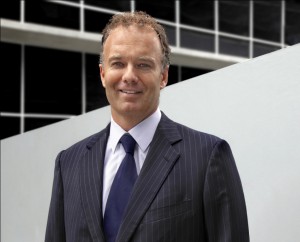 Current use of prescription NSAIDs is associated with loss of minimum joint space width (mJSW), according to a longitudinal study of medication use and osteoarthritis progression in patients with knee OA.

The study, comprising 2,000 patients followed with radiographic assessment annually for up to eight years, found NSAIDs were the most commonly used analgesic in knee OA patients.

It also showed that the mJSW was 0.042 mm statistically smaller in current users of prescribed NSAIDs versus non-users although the finding was probably not clinically significant.

In multivariate analysis, there was no statistically significant association between change in mJSW and use of other analgesics including COX-2 inhibitors, opioids, paracetamol and corticosteroids.

The study, published in Rheumatology, said the NSAIDs finding was consistent with some previous data.

“Evidence from in vivo and in vitro studies suggest that specific NSAIDs may inhibit the synthesis of matrix proteoglycans by acting on enzymes involved in the biosynthesis of chondroitin sulfate thereby leading to the increased vulnerability of chondrocytes and the degeneration of cartilage,” they said.

Senior investigator on the study Professor David Hunter told the limbic that while the change in mJSW with NSAID use was statistically significant, it was also incredibly small and “nowhere near what we would consider clinical meaningful”.

“Underlying all of this is the potential for confounding by indication. People who are in more pain are more likely to have progression and more likely to be taking anti-inflammatories, irrespective of all of the careful adjustment we did in this study.”

Professor Hunter, from the Institute of Bone and Joint Research and Royal North Shore Hospital, said the results of the observational study should not deter people from using NSAIDs for pain relief.

“Historically a lot of people on anti-inflammatories used to take them religiously, day in and day out, irrespective of what they were experiencing.”

“The general advice now though – and this may counter some of the concern re: effects on progression – is to take the lowest dose for the shortest duration possible,” he said.

RCTs to confirm any safety concerns regarding the potential impact of NSAIDs on OA progression were unlikely to be done.

“There is little motivation for pharmaceutical companies to pursue this question unless forced to do so by regulators,” he said.