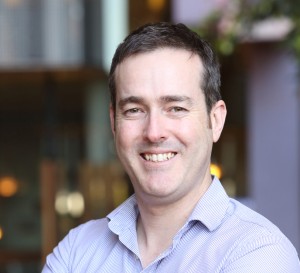 The largest-ever genetic study of osteoporosis has identified a plethora of potential new targets for therapy.

It also found the GPC6 gene, which had not previously been linked to osteoporosis, was a standout for further investigation.

The limbic spoke to lead researcher Professor David Evans about the study and its implications.

Given the many genes associated with osteoporosis, what’s particularly exciting about GPC6?

The first is that identifying regions of the genome that are associated with disease (in this case risk of osteoporosis) is comparatively easy in a very large genetic study like ours. However, identifying the precise genes responsible for these associations is much more difficult. We are reasonably certain that GPC6 is the one that is responsible for the association that we see in this position of the genome.

The reason is that rare mutations in the GPC6 gene produce a medical syndrome in humans that has some skeletal abnormalities and when we remove the gene from mouse models it produces an effect on their bone mass.

The second reason we are excited about this gene is that it codes for a cell surface protein. These sorts of proteins tend to be more accessible to drugs and indeed our functional work suggests that inhibiting this protein may result in increased bone mineral density.

Osteoporosis, like many common diseases, is due to the combined effect of thousands of genetic variants and environmental factors. Identifying the individual contribution of each of these variants requires extremely large sample sizes, in the order of hundreds of thousands of individuals like we have in our study.

Our study was about four times larger than previous studies of bone mineral density and consequently we found many more regions of the genome associated with the trait.

All this work explains about 12% of the phenotypic variance in bone mineral density. Where will the next gains come from?

We are currently conducting a larger study of 500,000 individuals who have had their bone mineral density measured. Our preliminary results reveal about 900 locations of the genome associated with bone mineral density and our hope is that some of these regions may contain potential drug targets like GPC6.

I’d caution though, that it is early days, and it will be some time before we and others work out whether this drug target lives up to its promise.