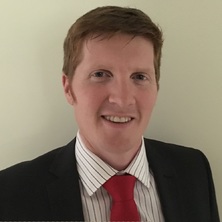 A new international consensus statement led by Australian rheumatologists aims to promote wider use of low dose colchicine in gout and cardiovascular disease by overcoming mimsplaced fears about toxicity.

The statement has been developed to counter a lingering perception that colchicine is a poorly tolerated drug, which the authors say is derived from outdated dose titration strategies for treating gout flares that effectively overdosed patients.

Led by Associate Professor Philip Robinson, rheumatologist at Royal Brisbane and Women’s Hospital in Herston, the authors say that efficacy of colchicine is maintained and tolerability problems such as gastrointestinal adverse effects can now be minimised with a low dose strategy of 0.5mg-0.6mg daily.

The shift from a high to a low-dose colchicine approach in gout has come from the understanding that its anti-inflammatory effects are based on intracellular accumulation of the drug in neutrophils and other cells, where it binds to tubulin and inhibits pro-inflammatory processes.

According to the statement, recent evidence has shown that colchicine doses of 0.5mg/day are better tolerated and just as effective as 0.5mg twice daily for preventing gout flares during the initiation of urate-lowering therapy. This low dose of colchicine has also proven effective in preventing cardiovascular events.

And when used at these low doses, colchicine serum levels are well below the safe upper limit of toxicity in the absence of advanced renal or liver disease, and dose adjustments are rarely required in the presence of mild to moderate renal impairment.

Experience obtained over five decades of use has confirmed that colchicine does not increase the risk of sepsis, cancer, cytopenia or myotoxicity.

The other concern is the concomitant use of drugs that affect the clearance of colchicine such as strong inhibnitors of cytochrome p450, which includes some antibiotic s and antifungals,

“Thus, in the last decade it has become increasingly apparent that the biological effects of colchicine achieved with doses as low as 0.5mg [daily] exert clinically meaningful benefits in both CV and non-CV disease. This knowledge provides assurance that it should be possible to safely employ colchicine in a wide range of patients,” they write.

Professor Robinson and colleagues add that the lower gastrointestinal adverse seen after starting colchicine therapy “may settle spontaneously during ongoing treatment, and invariably resolve with colchicine discontinuation. According to the consensus statement the GI effects are dose-related, affecting about 10% of patients receiving 0.5mg daily.

They conclude that this “reassuring” evidence for improved safety and equal efficacy means that clinicians can “confidently embrace low dose colchicine for secondary prevention of gout and CV disease.”

The statement is published in the American Journal of Medicine.