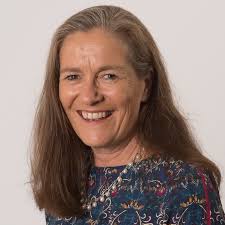 The new president of the Australian Rheumatology Association says new clinical care standards for RA are on the agenda, along with a focus on education and workforce issues for rheumatologists.

Dr Claire Barrett, a Brisbane rheumatologist and senior lecturer at the University of Queensland, spoke to the limbic after officially taking the ARA presidency following the association’s Annual Scientific Meeting last month.

She says the ARA is planning to develop clinical standards on the care of patients with rheumatoid arthritis, with an outline of the evidence base expected by mid next year.

Currently in the early development phase, the ARA is hoping the standards will be used to hold services to account over their management of the condition, estimated to impact around 1.9% of patients Australia wide.

“It will help us advocate for our patients to say they need access to a multidisciplinary team, for example, or be seen with a certain timeframe,” says Dr Barrett.

“And that in turn would potentially be used to advocate further up the ladder to talk about additional resources if that is what is required.”

She said that while there were currently no Australian clinical standards for RA, minimum levels of care had been established in Europe some time ago.

Developed by the European Musculoskeletal Conditions Surveillance and Information Network, these specified maximum acceptable waits for new patients to be seen by a clinician, as well as the basic elements of an acceptable treatment and patient education plan.

In Australia, similar standards for osteoarthritis of the knee were also already in place, developed in 2017 by the Australian Commission on Safety and Quality in Health Care.

“So now it’s a question of bringing the evidence together to say that a new patient with rheumatoid arthritis should be seen – for the sake of the argument – within 12 weeks,” Dr Barrett said.

“That will then become a key performance indicator for the health service.”

With a two-year term as president, she said other priorities would include increasing the ARA’s educational offerings and ramping up the push for additional training places.

Given the scale of the workforce shortage, particularly outside the major cities, work would also be done to improve training pathways for specialist nurse practitioners in rheumatology, Dr Barrett added.

“So we will be working to raise our profile, whether it be via education, advocacy and trying to engage with consumer organisations like Arthritis Australia, Creaky Joints and MSK Australia,” she said.

Another major focus would be engaging with rheumatologists on the appropriate mix of telehealth and face-to-face care post-pandemic, something she stressed would vary across the specialty.

“And hopefully, we won’t have to spend as much time on the drug shortages which have been such a challenge over the past 12-18 months,” she said.