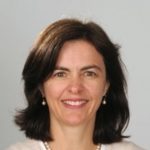 A collaborative group of clinicians, scientists and consumers interested in research, best practice care and education in vasculitis has been established.

Professor Catherine Hill, director of rheumatology at The Queen Elizabeth Hospital in Adelaide, told the limbic that ANZ Vasculitis (ANZVASC) arose from a multidisciplinary meeting about a year ago.

“We could have done this as a Special Interest Group within the ARA but then it wouldn’t involve all the specialties, which is why we settled on this way of doing it,” she said.

As well as rheumatologists, renal physicians, respiratory physicians, ENT specialists and immunologists are invited to be part of ANZVASC.

“And although we have each got our own specialty, we really felt we needed to set up a group which crossed specialties.”

“We also wanted it to be broad enough that it would include consumer involvement as well as clinicians and researchers.”

Initiatives will include expanding participation in local and international clinical trials and establishing a disease registry.

“As a country we need this. If we set it up with good links to international registries and international groups, it means the collaborations will go forward. When it’s a rare disease, it’s really important to have registries and clinical trials that align with other countries because then we can pool the data.”

She said the first biologic went on the PBS two years ago for vasculitis but was only available for an induction phase, not maintenance therapy.

“We’ve been using a lot of steroids and are trying to move towards less steroid-intensive regimens.”

Professor Hill said diagnostic delay continued to be a challenge with patients often seeing multiple practitioners before that were diagnosed.

She invited anyone who was interested or had expertise in vasculitis to consider joining the group.

The first ANZVASC conference is scheduled for Brisbane on August 24.