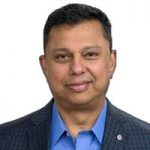 More than two thirds of the increased cardiovascular risk associated with osteoarthritis is linked to the use of NSAIDs, a Canadian study has found.

Recent research suggests that osteoarthritis is an independent risk factor for cardiovascular disease (CVD) and several mechanisms have been proposed to account for this association, including frequent use of NSAIDs, given the drugs are a proven risk factor for CVD.

To further explore the contribution of NSAIDs to cardiovascular risk in OA, researchers from Canada conducted a population-based cohort study using data from 7,743 osteoarthritis patients and 23,229 non-osteoarthritis controls matched for age and gender from health administrative data from British Columbia.

“To the best of our knowledge, this is the first longitudinal study to evaluate the mediating role of NSAID use in the relationship between osteoarthritis and CVD in a large population‐based sample,” said Professor Aslam Anis, from the School of Population and Public Health, University of British Columbia, who presented the study to the Annual European Congress of Rheumatology (EULAR 2018).

“Our results indicate that osteoarthritis is an independent risk factor for CVD and suggest a substantial proportion of the increased risk is due to the use of NSAIDs. This is highly relevant because NSAIDs are some of the most commonly used drugs to manage pain in patients with osteoarthritis,” Prof Anis told the EULAR meeting.

Professor Thomas Dörner, Rheumatologist at Charité University Hospitals, Berlin and chair of the EULAR Abstract Selection Committee, said the study was important because very little was known about the association of cardiovascular risk with OA, despite the condition being the most common rheumatic disease with high prevalence among the elderly.

“It provides new information about the potential causal role of NSAIDs for the observed cardiovascular complications among individuals with osteoarthritis,” he said.