Many questions remain on medicinal cannabis in pain and inflammation: expert

Dr Steve Alexander, Associate Professor of Molecular Pharmacology at the University of Nottingham, admits he always attracts a lot of interest and debate when he gives talks about his area of specialty – medicinal cannabis. 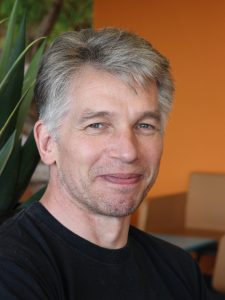 Before the coronavirus pandemic turned the British Society for Rheumatology conference into a virtual meeting, Dr Alexander, who researches the endogenous cannabinoid system, with particular attention on inflammation and pain, had been set to speak to the meeting about the ethical and research barriers around medicinal cannabis.

Speaking with the limbic, he says evidence on medicinal use of the drug goes back 2500 years, but there remains lots of conflict and uncertainty from a scientific point of view.

“There’s pretty good evidence from pre-clinical studies a lot of the evidence base is there,” he says. “But that’s a very controlled situation and people would argue how closely animal models replicate what is happening in humans.

“What you see when people do surveys of where people take medicinal cannabis most of them are taking it for pain and a proportion of those are taking it for arthritis and other rheumatic conditions so there is a perception among the people who are taking it that they get a benefit from that.”

He points to a Cochrane review which looked at evidence for cannabis in pain and found a modest amount of evidence that it will provide some benefit.

But so many questions remained unanswered from both a scientific, practical and ethical point of view, he adds.

What he hopes will make a difference to the evidence base is an NIHR call for research on cannabis-themed products for medicinal use.

The call for more evidence came out at the same time the UK government was deciding to reschedule some cannabis-based products for medicinal use after a high profile campaign from parents of children with severe epilepsy.

Dr Alexander, who was one of a number of experts advising the government over the change to the law said it came about within a very rapid time frame of a few months which was surprising.

But he says he wouldn’t necessarily be surprised if that was extended to other conditions down the line but points out that the UK has been very cautious compared with some other European countries as well as Canada and the US.

“The NIHR call will provide a lot of useful evidence,” he says explaining that what is needed are studies looking at specific products or levels of tetrahydrocannabinol.

“That is the best scientific approach to finding out where the benefit will be had. It is possible there are answers that will come out of these clinical trials.

“If I were a betting person, pain related problems would be an area where we would see some evidence. Maybe there are particular groups who gain more benefit than others and that will be really valuable information.”