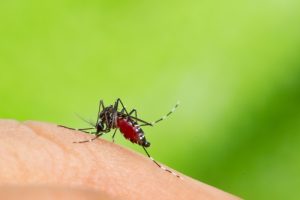 Myths and misrepresentation about Ross River virus are preventing patients with other treatable arthropathies from seeking medical attention.

However the evidence was clear that the disease, featuring fever, myalgia, polyarthralgia and rash, rarely lasted more than three to six months.

“Any remaining morbidity at six months means people have another diagnosis,” he told the APLAR-ARA meeting in Brisbane.

Professor Suhrbier said considering about a third of the world’s population has a musculoskeletal disorder, it was not unlikely that someone recently recovered from Ross River virus could have another arthropathy.

However there was an element of ‘diagnostic rigidity’ involved, he told the limbic.

“Diagnostic rigidity is a clinical issue. You get Ross River virus and that’s it – you’re a Ross River virus patient for the rest of your life. Everything that goes wrong with you, is due to virus.”

“We actually did quite a lot of work on this. The worst problem we came up with was that the media has ended up telling people they are never going to get better from Ross River virus.”

He said the Ross River virus antigen could be found in joints and lead to innate and cognate immune responses. It did not lead to an autoimmune response – another common myth.

As for why the arthropathy was limited to peripheral joints, his team had shown that the antiviral activity of interferon alpha was much less effective at lower temperatures.

Professor Suhrbier told the meeting that Mxra8 had been described recently as the receptor for multiple arthrogenic alphaviruses including Ross River and chikungunya.

While much more was now understood about the immunology of the disease, a Ross River virus vaccine was not commercially viable as the disease was largely restricted to Queensland.

“New treatments are not going to be developed specifically for Ross River virus because we have NSAIDs, we have paracetamol. It is self-limiting. Children don’t get it.”

He said the cost to the community was about $2,000 per case.

Chikungunya however was a much more important disease with a worldwide distribution. Unfortunately, while the viruses were in the same serogroup, they were not similar enough to share the same vaccine.