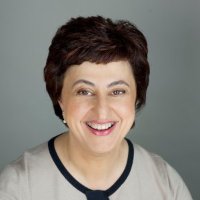 A push to track patients switching between originator biologics and their biosimilars through a national database has hit a brick wall, after the federal government dismissed the need for it.

The Australian Rheumatology Association says a national database of prescribing and dispensing data for inflammatory arthritis patients is needed to monitor the safety and efficacy of switching between biosimilars and reference biologics, in an era when substitution is permitted at the pharmacy counter.

In 2015, the association handed the government its DIAMOND (Determining Inflammatory Arthritis Outcomes in a National Database) model – a database that would harvest electronic prescribing data sent to the government’s Highly Specialised Drug (HSD) unit in Hobart, and pharmacy dispensing data, which would also be relayed directly to the prescriber.

The database would also capture rheumatologists’ rationale for switching, along with simplified patient reported outcomes accessed via a secure digital system.

For over two years there have been hopes the model could progress, with the ARA willing to implement it through its own systems and databases.

But now the department of health says existing infrastructure is adequate to do the job.

A DoH spokesperson told the limbic that patients’ personalised My Health Records can provide prescribers with dispensing details and the TGA has a reporting system to record adverse events.

And in any case “no safety issues of concern have been reported to date in relation to use of biosimilar medicines either internationally or in Australia” and doctors can always tick the ‘do not substitute’ box when prescribing, the spokesperson said.

Dr Mona Marabani (pictured), chair of the ARA’s biosimilars working group, said this response “appears to demonstrate a lack of understanding” of the issues the ARA has repeatedly raised over pharmacovigilance, traceability and nomenclature. There is still no agreed international naming convention for biosimilar medicines, which will differentiate them from their reference biologics.

“They (DoH) have simply reiterated that the PBAC has declared the originator and biosimilar interchangeable, so in their view there is no problem.

“This is despite no other authority in the world advocating a scenario of repeated multiple switches because of the lack of high-class evidence to support this practice,” Dr Marabani said.

The TGA’s reporting system is voluntary while the My Health Record system is “difficult to use, incompatible with many clinical software systems (including hospital systems) and has had very limited uptake,” she added.

“Whilst it may be helpful to have dispensing information for individuals, this cannot replace systematic population-based collection and analysis of data looking for signals pointing to loss of efficacy over time and how it differs in patients who receive multiple iterations of a drug as opposed to those who receive either biosimilar only or originator only.

“We see this as a missed opportunity to gather evidence around biologic and biosimilar performance in the real world under Australia’s unique paradigm of the interchangeability and repeated unmonitored switches.”

Dr Marabani said the project is now on hold, due to lack of funding.

However, if funded the ARA could go it alone, using its own database and linkages to government registries such as Medicare.

“What we do not have is access to the data submitted to the HSD unit for biologic prescriptions, and without government approval and support this is a major obstacle.”