There wouldn’t be many rheumatologists better known in Australia than Dr Louis McGuigan, but he’s had almost as great an impact on stroke treatment as his own specialty.

A rheumatologist in southern Sydney since the mid 1980s, he has held every executive position on the Australian Rheumatology Association.

Working in private practice and previously as a senior staff specialist and senior lecturer at St George Hospital, he has also been a national coordinator for rheumatology training.

On Monday 13 June, he was made a Member of the Order of Australia (AM), recognising “significant service to rheumatology, and to community health”.

He tells the limbic he is most proud of his work as ARA president helping establish 50 outreach clinics across the country, with the aim of improving access to bDMARDs for patients in regional areas.

“It had become clear to me that people in the country were not getting access to the biological agents which were revolutionising the treatment of rheumatoid arthritis and ankylosing spondylitis,” he says.

“The aim was that basically any town of 10,000 or more should have a rheumatological service, which has required a great deal of sacrifice by my colleagues.”

“To their great credit, I might have been the one who started it but they have continued it.” 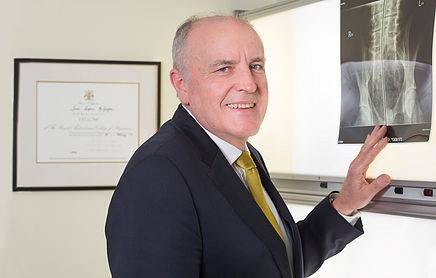 However, he believes his other greatest achievement had almost nothing to do with rheumatology, but came after he was made the chair of a committee in the early 2000s tasked with improving stroke care in NSW.

In what might appear to be a bureaucratic miracle, the committee succeeded, eventually leading to the creation of 19 stroke units across the state.

“It required a huge amount of cooperation from the government and from neurologists, but I’m proud to say those stroke units were set up without any fuss whatsoever,” he says.

“They have been an incredible improvement in the delivery of stroke services so that people who had devastating strokes before are now fixed. It was really remarkable.”

Now in his 60s, Dr McGuigan says it was the patients who drew him into rheumatology early in his career, who he noticed were “incredibly tough and a delight to look after”.

“I remember as a student seeing a man with terrible ankylosing spondylitis, with fused hips. He had to go into incredible contortions even to put his own shoes on,” he recalls.

“I then learnt the man had just built his own house, despite all that, so I remember thinking ‘wow these people with arthritis are tough’.”

“I’ve always been attracted to them because of that and, after 40 years, nothing could be more true.”

Over the course of a long career, there have been changes, chiefly the development of biological agents.

“The first 20 years of my life in rheumatology I was a social worker, holding people’s hands while they got crippled,” he says.

“Now we fix people and talk about the holidays they are planning to go on.”

“It’s not just nice, it’s a dream come true as a clinician.”