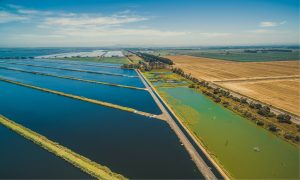 The first Australian wastewater-based epidemiological (WBE) study of gout using allopurinol excretion as a biomarker has estimated a median national prevalence of about 2.9% (range 0.5% to 8%).

The finding is consistent with the range of 1.5% – 9.1% seen in other Australian patient and survey data, say researchers from the Queensland Alliance for Environmental Health Sciences.

They tested water samples from 75 wastewater treatment plants across all states and territories except WA and Tasmania on Census day in 2016.

The sewage plants were in metropolitan, regional and remote areas with the catchment covering about 52% of the population.

“Based on allopurinol consumption data at population level and conversion of allopurinol (consumed DDD/day/1000) to prevalence (%), gout prevalence estimates ranged from 0.5% to 8%, with a median prevalence of 2.9%,” the study authors said.

Oxypurinol was detected in all wastewater samples and the study found no significant difference between allopurinol consumption based on geographical remoteness or socioeconomic status.

There was also no significant positive correlation between allopurinol consumption and alcohol consumption or mean age of catchment population.

However there was a significant positive correlation between allopurinol use and use of analgesic drugs such as naproxen, codeine, morphine and pregabalin.

“This relationship suggests that since gout can be very painful analgesic drugs might be co-consumed with allopurinol to reduce pain,” the study said.

The study acknowledged limitations such as the fact that using allopurinol as a proxy for gout excludes untreated patients or those treated with other drugs including febuxostat.

However the methodology allows for near real-time drug monitoring at a population level.

“Integrating WBE studies with epidemiological and clinical studies may help provide evidence for the drivers of gout at the population level,” they concluded.