Five minutes with Prof Roy Fleischmann on the JAK inhibitors 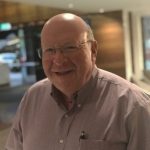 After more than five years of clinical experience with the oral JAK inhibitors, what does the evidence tell us about their safety and efficacy in RA? International expert Professor Roy Fleischmann, a plenary speaker at ARA 2018 in Melbourne, spoke to Michael Woodhead.

Are there differences in efficacy the different JAK inhibitors?

Clinical trial results have shown some differences in action between different JAK molecules, but it isn’t clear as yet whether this is due to their actions on different JAK dimers or the doses used in the different trials.

One of the JAK inhibitors (tofactitinib) affects JAK dimer 3, as well as 1 and 2, whereas baricitinib affects JAK 1, 2 dimers, and two others in development are primarily JAK1 inhibitors. Baricitinib has been shown in head to head trials to be superior to adalimumab, and tofacitinib was found to be equivalent to adalimumab but there were great differences in study design.

There was some difference seen between the compounds which could possibly be due to inhibiting different dimers, but it could also be due to the amount of drug used.

I don’t think on the basis of these trials that you can say one is superior to another. The only way you would know that is if you did a head to head trial.

How do the JAK inhibitors measure up in terms of safety?

The safety signals seen with the JAK inhibitors are virtually identical to those seen with the biologics, the only difference is in the frequency.

With the JAKs there has been a little bit more herpes zoster than with the biologics, but less TB than with the monoclonal antibodies. Whether the JAK inhibitors are associated with venous thrombosis is a question that has arisen more recently, with a higher rate of VTE seen in phase 3 trials of baricitinib compared to placebo or other comparators.

The FDA have pointed to this in 2018, but the discussion now is whether the cases of venous thrombosis seen is a true difference or ‘the luck of the draw’ as we know that venous thromboembolism may occur in RA population anyway.

Tofacitinib is the most widely used JAK inhibitor in the US, and safety data from registries show that there are actually more serious infections with DMARDs. This is likely because patients treated with DMARDs don’t get their disease under control, and this means more risk of serious infections.

Will the JAK inhibitors be used in other conditions or indications?

Yes! One of the interesting cases histories presented at the conference was of a patient called Leo – who is a dog belonging to one of the staff in the lab that developed tofacitinib. Leo had alopecia that was cured within three weeks after treatment with tofacitinib, which is now approved as a veterinary treatment for alopecia. There are now trials underway in humans.

Trials are also underway with JAK inhibitors in other arthritic diseases. The FDA is now looking at studies including psoriatic arthritis, lupus and inflammatory bowel disease.

The JAK inhibitors are very good immune modulators and may be effective in other immune dysregulation. There have been reports of benefits in other diseases but they are just case series.

What does the future hold for the JAK inhibitors?

The take home message is that the JAKs are here to stay. We’ll get more and more of them. The question now is whether or not they really are different from each other. Is one better than another? And we just don’t have all the data in.

The other question is whether they will be like the biologics in that one patient will respond to one and not another. It’s likely but we don’t know because there haven’t been many approved yet.

Professor Fleischmann is Clinical Professor Medicine at the University of Texas Southwestern Medical Center at Dallas. He has been the principal or co-principal investigator in over 1000 clinical trials in the field of rheumatology, pain management and osteoporosis.