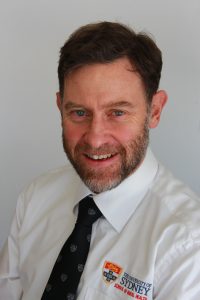 Rheumatologists are digging into their own pockets to fund fly-in-fly-out (FIFO) clinical services to help plug service gaps in regional Australia.

But the Australian Rheumatology Association warns it may not have the capacity to run the program indefinitely without help from the federal government.

For the past few years the ARA has run two programs that subsidise travel costs for consultants and registrars to run clinics in rural areas, where a dearth of specialists can leave patients with inflammatory arthritis on waiting lists for up to a year.

The Regional Rheumatology Outreach Clinics and the Visiting Regional Registrar Support programs are the brainchild of Sydney rheumatologist Lou McGuigan, who felt it was incumbent on the profession to do something to fix the unmet need in the bush, explains Associate Professor Mark Arnold, chair of ARA’s regional rheumatology committee.

“There is a universal healthcare system [Medicare] that guarantees a certain level of care, but 25% of our population can’t access the same level of care as people in a metropolitan area can,” says Dr Arnold who practices in the regional NSW and runs the University of Sydney’s rural clinical school at the School of Rural Health (Dubbo/Orange).

While the Canadian Rheumatology Association recommends a benchmark of one rheumatologist per 75,000 people, “in regional Australia we are looking at in excess of one in 250,000 and it’s much worse than that in some areas,” he notes.

The tyranny of distance means suboptimal access to care for people who can’t afford the hundreds of dollars, if not more, it costs to visit and stay in a metropolitan centre.

And for diseases like rheumatoid arthritis, where early access to treatment is important, this is a big deal.

“One anecdote I know of is a fellow who used to drive to a major centre from a remote NSW location who would sleep on the side of the road in a swag. He had an inflammatory rheumatic disease and was on a biological and needed to travel twice a year to be recertified. Really, is that what we expect people to have to do?”

The ARA programs fund rheumatologists to travel to around 15 locations in NSW, Victoria, Queensland and South Australia.

Professor Arnold estimates this ARA support accounts for around 15% of all FIFO rheumatology services in the country, as there are several other state-based funding streams for specialist outreach services, such as the Medical Specialist Outreach Assistance Program.

Typically, rheumatologists will make an overnight trip visit once a month, setting up in private rooms at a local practice or a facility provided by a local health district, where they see  between five and 10 new patients a day and around 15 follow ups.

A key part of the program supports registrars to go rural.

“The idea is to show them that practicing in a regional area is viable, it’s interesting and there’s a particular need for people to actually provide these services,” Professor Arnold says.

It’s also hoped this rural exposure will lead trainee rheumatologists to relocate permanently to regional centres once they have completed their training, or those that do opt for city life will “see it as normative practice to provide outreach”.

“We really need to have some understanding that fly-in-fly-out, drive-in-drive-out outreach services fulfil a need,” he says.

That need is going to remain “as long as we don’t have a complete redistribution of the medical workforce, including nursing and allied health”, he says.

Telehealth may eventually go some way to meeting that need, but it still has a long way to go, he adds, as it is currently constrained by issues of patchy internet coverage and the face-to-face requirements of examining joints.

“In the foreseeable future we are not seeing an enormous influx of younger rheumatologists going out and working in rural areas. In the absence of that – or a cogent telehealth service – fly-in-fly- out, drive-in-drive-out is still going to be part of the model of care in the foreseeable future. So we need to have some way of facilitating that to happen,” says Professor Arnold.

Each item of care costs about $25 to provide, says Professor Arnold, meaning “by any measure that’s an efficient service.”

But without a source of sustainable, recurrent funding the ARA can’t guarantee to patients the service will exist into the future.

Now the association is in the midst of preparing a funding proposal which it will present to the federal government.

Professor Arnold says the ARA is going to lobby hard for the rural program, which tallies with its mission statement to provide the level of care that’s available in 2018 to all people.

“It’s more than a philosophical point, it’s a practical point and one that the association is working to redress,” says Professor Arnold.