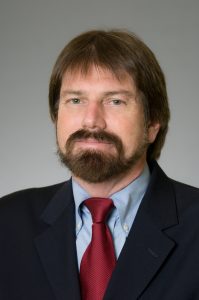 An FDA-mandated cardiovascular safety trial of gout drug febuxostat (Adenuric) has found an unexpected increase in all-cause mortality but no difference in major cardiovascular events, compared to allopurinol.

The CARES trial was initiated at the behest of the FDA to investigate a modest increase in cardiovascular events  seen in earlier trials of febuxostat compared to placebo.

However the results of the latest trial have left investigators with more questions than answers, after it showed no increase in cardiovascular events and no obvious mechanism to explain the higher risk of death seen in patients taking the  drug.

The safety concerns were investigated in a prospective randomised controlled trial in which 6190 patients with gout and cardiovascular disease were assigned to febuxostat or allopurinol treatment.

Published in the NEJM, the findings showed that patients were followed up for a median of 32 months but there were high rates of discontinuation from treatment (56.6%) and loss to follow up (45%).

However there was a higher risk of all-cause mortality in the febuxostat-treated patients with 243 deaths (7.8%) compared to 199 (6.4%) deaths in the allopurinol group, (Hazard Ratio 1.22).

Presenting the results at the American College of Cardiology meeting in Orlando on 12 March, the study investigators said the mechanism underlying the increased risk of death was unclear.

“In addition, the rates of adjudicated nonfatal events, including myocardial infarction, coronary revascularisation, arrhythmias, and hospitalisation for heart failure, were similar in the febuxostat group and the allopurinol group.

They noted that mortality rates with febuxostat and allopurinol were similar among the 50% of patients with a history of chronic kidney disease. The only difference in subgroups was a higher risk of death seen in the patients taking febuxostat who did not regularly take aspirin and those who regularly took NSAIDs, compared with those taking aspirin or not taking NSAIDs.

“It is important to be careful when interpreting these findings; it doesn’t necessarily indicate there’s an interaction between these drugs and febuxostat,” said lead researcher Dr William White, of the University of Connecticut.

“It might have been that these patients had more active gout with more flares, for example.”

The investigators were unable to determine the reason for the surprising results, but noted that ongoing studies in Europe are evaluating the risks and benefits of febuxostat in patients who have cardiovascular risk factors without established cardiovascular disease.

The FDA has already acknowledged the findings in a preliminary  safety announcement released in November 2017. This noted that febuxostat already carried a warning about possible cardiovascular risk based on earlier studies, and said healthcare professionals should consider this safety information when deciding whether to prescribe or continue patients on febuxostat.

“We are continuing to evaluate this safety issue and will update the public when we have more information,” it concluded.

A spokeswoman for the  TGA told the limbic that the regulator was aware of the FDA announcement and NEJM publication regarding  febuxostat and the suggestion of increased risk of all-cause mortality and heart-related death.

“The TGA is reviewing the information to determine what, if any, action is required in Australia,” she said.

She also noted that the Precautions section of febuxostat’s Product Information currently stated that treatment with febuxostat was not recommended in patients with ischaemic heart disease or congestive heart failure .