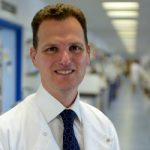 Weight loss must be a routine part of the management strategy for obese and overweight patients with rheumatoid arthritis, says president elect of EULAR, Professor Iain McInnes.

In a EULAR session entitled “Why does BMI matter” Professor McInnes, of the University of Glasgow’s Institute of Infection, Immunity, and Inflammation, outlined the biological concepts linking fat and inflammation in rheumatoid arthritis.

Increasing evidence has emerged in the last two decades showing that people who are obese have a greater risk of developing rheumatoid arthritis and are less likely to respond to therapies and more likely to have a poor long term prognosis.

In an interview with the limbic, Professor McInnes said obesity not only produced adverse metabolic changes but also resulted in adverse immunological changes, almost as if adipose tissue was “an immunological organ”.

Changes in obesity included leucocyte infiltration and more inflammatory macrophages and release of  inflammatory cytokines as well as adipokines, which are fat-specific mediators such as adiponectin, resistin, leptin and visfatin.

“Those are very similar to pathways that we know activate the synovium in people with rheumatoid arthritis,” which he said prompts the question: so how might adipose tissue promote rheumatoid arthritis –  either onset of disease or the chronic phase?”

The release of inflammatory mediators by adipose tissue may increase the likelihood of “so-called breach of tolerance” that is the autoantibodies – anti-citrullinated protein antibodies (ACPAs) – that are absolutely pathognomonic  of rheumatoid arthritis, he explained.

“Perhaps because your adipose tissue is in an inflamed state, your whole inflammatory threshold is switched up and so you are more likely to develop an autoimmune disease,” he said.

“There would be other things working at the same time of course, but this is just one factor that might be enough to push you over the edge.”

The ongoing release of these inflammatory mediators in obesity could act as a continued amplificatory pathway to maintain the inflammation and disease and make it harder to switch off, he added.

“That might explain for example why therapeutics were less effective [in obesity] and why people found it harder to get to remission,” he told the limbic.

It is also likely the microbiome is different in obesity and this could contribute to the altered microbiome seen in rheumatoid arthritis, Professor McInnes suggested.

Some of the products of adipose tissue, such as free fatty acids, “could also act as amplificatory pathways that would just push synovium”, he added. “It’s going to take time to really make sense of the avalanche of data that we are getting so that’s very hypothetical but I think it’s one potential route that links obesity.”

Applying this knowledge to the management of obese patients with rheumatoid arthritis underlines the fact that “weight loss has got to be a really important part of the holistic management”, he said.

“If nothing else, we should refocus our efforts on assisted weight management programs and remember, for example, that if someone has pain and joint swelling, exercise is difficult for them, and they may well be feeling depressed as a direct part of the disease. Weight loss is probably very challenging.”

Supported weight management programmes need to be seen as part of the whole management strategy and not as “an additional nice to have”. “It’s actually something that will make a difference,” he said.

Gaining a detailed understanding of the pathways that links obesity to rheumatoid pathology may also help us to identify pathways that drugs can interfere with those pathways, Professor McInnes suggested.

“We are always looking for reasons to believe a given molecular pathway is more or less likely to be successfully targeted in rheumatoid arthritis, and this for me would be another factor that we could add into that matrix of knowledge that we eventually go to when [in drug development] we are deciding whether pathway A, B or C is the one to prioritise.”