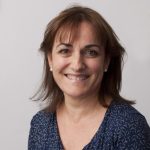 Multiple visits to health care practitioners and years of diagnostic delay are the norm for too many people with axial spondyloarthritis (axSpA), the APLAR-ARA 2019 meeting in Brisbane was told.

International guest speaker Dr Helena Marzo-Ortega, from the University of Leeds, said the consequences were poorer clinical outcomes and increased costs associated with functional incapacity and loss of work productivity.

Dr Marzo-Ortega said about 85% of the costs associated with axSpA were indirect costs driven by unemployment, absenteeism and presenteeism.

“About three quarters of patients give up work by age 50,” she told the meeting.

She used some case histories to demonstrate the impact of diagnostic delay, which is estimated to be about seven years due to the ubiquitous nature of low back pain.

“This is one of the things we are having conversations about in the UK – the fact that people take so long to come to us. For example, by the time this lady came to us she had seen probably eight or nine health care providers and no intervention that had been done had actually changed or modulated the course of the disease.”

“The earlier you start [effective treatment] the better but how are we going to do that? It’s a very complicated piece of work and every health system has a different reality.”

She told the limbic there was certainly a need to raise awareness amongst many health care providers including chiropractors, osteopaths, physiotherapists and podiatrists so they could consider the possibility of an inflammatory arthritis at an early stage.

Evidence showed that early treatment led to better long-term outcomes but unfortunately many patients in remission with nr-axSpA would flare on withdrawal of biologic treatment.

She said the co-morbidities of AS including hypertension, hyperlipidaemia, cardiovascular disease and osteoporosis were independently associated with higher levels of dysfunction, worse quality of life, and reduced participation in the workforce.

However many patients did not have their comorbidities identified or monitored according to the relevant guidelines.

She added that depression was extremely prevalent at every stage of the disease.

Looking ahead she said that work on a genetic risk prediction model for AS was not quite there yet and there was also a need for good biomarkers of disease progression.