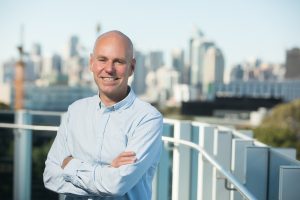 Canagliflozin not only reduces serum urate levels in people with diabetes but also reduces their risk of adverse events attributed to gout.

The findings, from research presented at the American Diabetes Association 79th Scientific Sessions in San Francisco recently, suggest the sodium glucose co-transporter 2 (SGLT2) inhibitor may have a future role in managing gout including in people without diabetes.

The study was a post-hoc analysis of data from the CANagliflozin cardioVascular Assessment Study (CANVAS) Program – a randomised controlled trial of canagliflozin versus placebo in more than 10,000 people with type 2 diabetes.

According to lead researcher Professor Bruce Neal from the George Institute for Global Health, canagliflozin lowered serum uric acid levels as has been previously demonstrated in other studies.

“What we found, which was interesting, was that canagliflozin compared to placebo only reduced serum uric acid by about 6-7% but there was an approximate 50% reduction in the risk of having an adverse event attributed to gout or the need for starting a treatment for the management of gout.”

He said the substantial size of the effect on gout certainly warranted further investigation.

“We need to look at this a bit harder but we think it is worth exploring more because good treatments for gout are still pretty scarce. The current medications are not without their challenges.”

He said people have until now been more interested in serum uric acid levels for their association with stroke, heart attack and kidney disease.

“These drugs were developed as treatments for diabetes because they lower glucose and HbA1c, lower blood pressure, reduce the risk of albuminuria, they drop your weight, they also drop your uric acid level and probably many of these effects are also going to be apparent in people who don’t have diabetes.”

He said while canagliflozin lowered serum uric acid levels, by increasing its elimination from the body, the disproportionate impact of the drug on gout suggested anti-inflammatory or other mechanisms were also at play.