Australian rheumatologists are rapid adopters of JAK inhibitors in RA 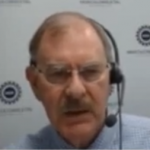 JAK inhibitors have been adopted with enthusiasm by Australian rheumatologists for the treatment of RA since they became available in 2015, according to figures from the OPAL (Optimising Patient outcomes in Australian rheumatoLogy) dataset.

About one in four patients with RA are now starting on a JAK inhibitor as first line treatment, says Professor Geoff Littlejohn, chair of Chair of OPAL Rheumatology and Emeritus Director Monash Health Rheumatology.

In a presentation for EULAR’s 2020 virtual E-Congress, Professor Littlejohn said the OPAL database included 45,317 RA patients, of whom 27% were taking biological or targeted synthetic (b/ts) DMARDs.

Professor Littlejohn said that JAK inhibitors had quickly become the most prescribed b/tsDMARDs, with baricitinib taking over from tofacitinib as the preferred agent since it became available in September 2018, accounting for 24% of new initiations compared to 14% for tofacitinib.

And while etanercept and adalimumab still ranked highest in new b/tsDMARD initiations since September 2018, baricitinib was the most popular for subsequent second to sixth lines of therapym followed by tofacitinib.

“Australian rheumatologists are enthusiastic about JAK [inhibitors] and it goes beyond the convenience of an oral formulation,” said Prof Littlejohn, noting that the main reasons cited for choosing a JAK inhibitor were mode of action (54% tofacitinib, 35% baricitinib) and efficacy compared with alternatives (30% and 38% respectively)

“Since JAK inhibitors entered the market in 2015, they’ve grown to about 40% of initiations. Patients are typically started on an anti-TNF and then moved [based on] mechanism of action, often to a JAK inhibitor, but 25% of patients are starting on a JAK inhibitor in the first line.”

“It is assumed that the convenience of an oral formulation would be a driver of prescribing, but data collected at the time of treatment decision suggests that this is not actually a big driver, and choosing drug deemed to enhance disease control and treat-to-target is more likely the driver,” he said.

The OPAL dataset also showed that the most common reasons for stopping baricitinib and tofacitinib were lack of efficacy (35% and 34% respectively) and adverse reactions (25% and 13& respectively).

Professor Littlejohn said the apparently higher level of adverse reactions with baricitinib was comparable to the level with tofacitinib in its first year of use, and he anticipated the rate would come down with further use as clinicians and patients become more comfortable with its use.

“There has been significant and sustained uptake of JAK inhibitors for the management of RA in Australia [but] clinical outcomes and persistence require further investigation,” concluded Professor Littlejohn.