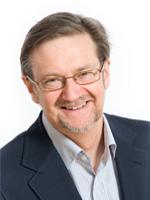 Musculoskeletal conditions such as osteoarthritis are the second most common health reason forcing Australians into early retirement, a new report shows.

Around 83,000 people aged 45-64 leave the workforce every year due to musculoskeletal and connective tissue disorders, accounting for 28% of all cases of early retirement, according to a new analysis by the McKell Institute.

Conditions such as OA, osteoporosis and neck and back pain are second only to psychiatric and psychological problems in driving forced early retirement that costs the economy $45 billion a year in lost earnings and additional welfare payments, the report commissioned by pharma industry lobby group Medicines Australia states.

According to the analysis, almost 300,000 Australians were affected by a disability that forced them to leave the workforce in 2017. In terms of individual finances, people who retired early missed out on an average of $111,000 in superannuation balance and were left with only around $44,000 compared to the national average of $156,000 for someone retiring at the age of 65.

One of the report’s three recommendations is to develop more effective treatment programs for people with musculoskeltal condtions, to try delay retirement.

The  authors said there would be substantial economic benefits if better treatment programs and medications helped just 20% of people affected by OA (about 8700 people a year) to continue working until retirement age.

“If effective programs and improved medicines could be introduced to those at risk of osteoarthritis before it causes early retirement and was effective for 20% of that cohort, then the cost savings would be around $9.4 million and the number of people retiring early could be reduced by 8,734.

“The annual economic benefit (additional GDP) of such a reduction is about $1.2 billion together with a reduction in superannuation balance lost of $0.6 billion. For people with OA, such savings were most likely to come from interventions such as weight loss, physical activity and disease-related education, they suggested.

“The medication currently available does not cure arthritis and typically does not have a long-term effect after someone stops taking them. There is room for new medications to be developed that are more effective, helping to reduce the cost of treatment.

“What’s clear from this report is early retirement due to ill health is not only hard on individuals, their families and carers, it also hurts the Australian economy,” said Professor Bruce Rasmussen, Director of Victoria University’s Institute of Strategic Economic Studies (VISES) and lead author of the report prepared for the McKell Institute.

The report was launched as part of Medicines Australia’s PharmAus18 annual symposium of the health industry in Canberra.