ARA 2021: Professor Catherine Hill reviews the challenges ahead for rheumatology in Australia 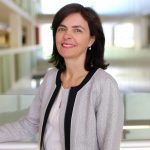 In her remaining year as ARA president, Professor Catherine Hill intends to pin down the vexed question of rheumatology workforce needs.

Speaking with the limbic during the ARA’s 2021 Annual Scientific Meeting last weekend, Professor Hill said her top priorities were to lay groundwork for action on Australia’s rheumatologist shortfall and roll out new education initiatives, including learning aimed at GPs.

“We know we have an undersupply of rheumatologists in Australia, but we need to further quantify that,” Professor Hill said.

“We are predominantly an outpatient-based specialty, and hospitals don’t want to employ more registrars to do outpatient work. We have a particular need in paediatric rheumatology because of the short supply of training positions.

According to the ARA website, only 41 training positions were offered for adult rheumatology this year at 36 sites across Australia. For paediatric rheumatology, there were two training sites in Australia and one in New Zealand.

“It’s something we would like to address, but it’s out of our hands. It’s about advocacy.”

Prof Hill said the ARA will conduct a survey of members later this year to calculate the workforce implications as specialists enter retirement.

The association has also entered a collaboration with Torrens University, whose brief is to compile MBS and other data to create a picture of demand for rheumatology services and patient populations.

While the main choke point is state-based training structures, another factor is that today’s specialists are more inclined to claim their right to a work-life balance.

“I think it is because there isn’t an appetite any more for doctors to work more than full time, which was what was expected in the past, because people have different lives now.  They don’t have a wife at home to support them working 60 hours a week,” Professor Hill said.

As for solutions, Professor Hill said an expansion of telehealth could go a long way towards addressing the immediate need for specialists in rural and regional locations.

While it is “unrealistic” to think regional centres can sustain full-time rheumatology practices, telehealth could make specialists more accessible to patients while saving on travel time.

“I think we could get to the stage where we don’t have to be there every month.  I can see a stage where we might see a patient for the first time in person and then maybe we do a bit of telehealth. Instead of every month, we might decide to go every two or three months.”

A focus on education for ARA members

In its COVID-19 pandemic response, the ARA cancelled membership fees in view of the hit to private practitioners’ incomes and has focused on turning out information on COVID updates and information about vaccines for members and patients.

The ARA also plunged deeper into member education during the past year, launching webinars on prescribing of opioids and glucocorticoids, as well as a new podcast series.

In August, the organisation will launch a pilot webinar aimed at educating GPs for the first time.

“We’ve done a lot more membership education in the past 12 months, which has been a lot easier because we’ve been on zoom and have been holding webinars and started the podcast series,” Professor Hill said.

“As part of the (federal government’s) value in prescribing grant, our members got practice reviews, which have never been done in specialist practice before.  We have done one and we are just about to do a follow-up.”

During the past year travel shutdowns gave the South Australian-based president more time for her ARA role, which normally occupies 8-10 hours a week.

“For someone like me who doesn’t live in Sydney, I was doing a lot of travelling and in some ways it’s given me a bit more time and space to spend on ARA, so that has not been a bad thing.  Despite the pandemic, I think we’ve done well.”