Why no breakthrough for mesothelioma? The answer is genomic 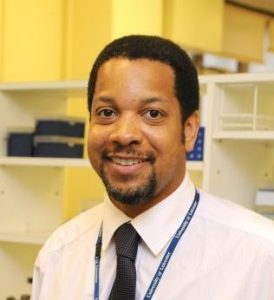 The lack of breakthrough treatments for mesothelioma in recent years is because the cancer is not associated with a single genetic mutation that can be targeted, a UK expert told the COSA (Clinical Oncology Society of Australia) 2018 meeting in Perth.

But the successful genome mapping of mesothelioma tumour cells by Australian and UK researchers has opened the door to personalised cancer treatments based on individual expression of less frequent mutations and genomic vulnerabilities, says Professor Dean Fennell, Chair of Thoracic Medical Oncology, at the University of Leicester.

He told the conference that the mesothelioma project of The Cancer Genome Atlas (TGCA), a collaborative effort between the University of Western Australia and the Wellcome Trust Sanger Institute in London, has revealed a spectrum of mutations in mesothelioma, with the most common being BRCA associated protein-1 (BAP1) and neurofibromatosis type 2 (NF2).

“Unfortunately mesothelioma is not the most mutated tumour, there is no classic oncogenic driver such as EGFR that we can target with  a tyrosine kinase inhibitor,” he said.

In mesothelioma, the distribution of mutations varied between patients and between tumour types from the more common epithelioid to the more aggressive sarcomatoid type. This meant that treatment would require a personalised approach targeting vulnerabilities for the specific mutations in an individual patient.

Professor Fennell gave examples of several ways in which the most frequent mutation BAP1 was being targeted, such as through the use of EZH2 inhibitors such as tazemetostat. Phase 2 trial results presented recently at ASCO had shown positive results, suggesting it could be a very promising treatment, at least in a minority of patients, said Professor Fennell.

Other centres have been screening hundreds of candidate drugs in cell lines to target BAP1 and have found some such as TRAIL (tumour necrosis factor-related apoptosis-inducing ligand) that are selectively toxic and are now being trialled.

However, efforts to target the second most common mutation in mesothelioma, NF2, had come up negative in the large phase II COMMAND study involving 372 patients having defactinib as first-line treatment.

Professor Fennell said other genomic approaches for treating mesothelioma included exploitation of metabolic vulnerabilities, with some patients having a genetic anomaly in arginine metabolism.

In such patients it may be possible to mop up arginine like ‘Pac Man’ and starve the tumour, a concept that was showing “very encouraging” results in the ATOMIC-meso trial.

“If positive this could provide a new standard of care in mesothelioma,” said Professor Fennell.

Other promising approaches included repurposing of old drugs such as verteporfin and primaquine to target genomic vulnerabilities, he added.

Ultimately, delivering genomic medicine for mesothelioma will likely involve molecular panel testing of patients’ tumours for predictive biomarkers. This approach is currently being trialled in the MIST study, in which patients are allocated to individualised treatments based on their gene expression profiles.

“Mesothelioma exhibits significant inter-patient genomic heterogeneity and it’s because of this that we’ve failed to date to have a blockbuster drug that can do well for patients in the relapse setting,” he said.

“Taking that into account requires a personalised approach – and genomic interrogation is something that has come to light with the TGCA – and it’s from that data that we now have information about what may be the most common oncogenic drivers for targeting,” he concluded.