Why macrolides are a must for CAP 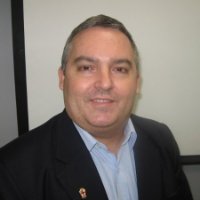 There is now overwhelming evidence to add macrolides to beta-lactams in empiric treatment of community acquired pneumonia (CAP), an Australian respiratory physician says.

Despite controversy over the use of macrolides in CAP in recent years, most trials show major reductions in mortality, especially when they are used early, according to Professor Grant Waterer (pictured), Medical Co-Director of the Royal Perth Hospital.

Writing in Respirology, he points to a new study from Japan which shows 30-day mortality rates of 13.8% in CAP managed without macrolides compared to 1.8% among patients who did receive a macrolide

The benefits of macrolides were “striking”, despite the study being a post hoc review of an observational study of treatment outcomes in almost 600 patients at low risk of resistant pathogens, says Professor Waterer, who is also co-chair the Community-Acquired Pneumonia Statement Group for the American Thoracic Society and Infectious Diseases Society of America.

A large number of studies have shown a mortality benefit of adding a macrolide to standard therapy and there are significant weaknesses in other studies that purport to show monotherapy is non-inferior to combined therapy, he says.

There is also evidence suggesting that early use of a macrolide conferred benefits from their anti-inflammatory and anti-toxin effects, he adds.

“It is worth noting that macrolides shut down pnemolysin toxin production even in macrolide-resistant pneumococci within 20 min of exposure,” he notes.

Professor Water says that while it is possible that other drugs such as a tetracycline or fluoroquinolone may have anti-inflammatory effects, there is not enough evidence to recommend using them as part of combination empiric therapy for CAP.

“I find the data overwhelmingly in favour of using combination therapy and if I ever get CAP, I would like a macrolide followed a short time later by a third generation cephalosporin please, preferably getting both within two hours of presenting,” he concludes.

Current Australian guidelines recommend combination treatment of benylpenicillin or amoxycillin with either doxycycline or clarithromycin for patients with moderate (non severe) CAP.