What will respiratory medicine look like in a post-pandemic world? 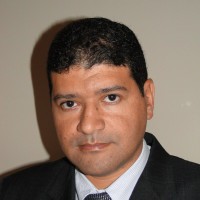 Respiratory physicians are expecting major changes in the shape of practice in the next few years in response to positive and negative factors around the legacy of COVID-19 and the introduction of new therapies.

As part of the limbic’s series on predictions for 2022 and beyond, Dr David Michail, from Westmead Hospital, says one of his concerns is how an already stretched health system is going to deal with the ongoing impact of long COVID.

“There are a lot of position papers and discussion papers being put out in forums now about how to assess the burden but the burden is here already. So planning for something in two-three years time when the patient is knocking on your door now isn’t meeting their needs,” he said.

“If you look at the data, up to a third of patients who are ICU survivors from COVID-19, are going to have some permanent lung symptomatology – be it more breathlessness or more cough, especially if they had preexisting lung disease.”

He said knowledge of microvascular post-COVID complications, fibrotic changes, secondary infections or even the psychological sequelae was still evolving.

“I work in Western Sydney so I see a lot of manual and physical workers. Many are finding when they go back to work they aren’t fully recovered months after and that may have workforce bearings that we haven’t predicted yet.”

“It is a new condition and we are all learning.”

Dr Michail said he believes the respiratory workforce will naturally divide into COVID-specific knowledge consultants and those who choose not to be as specialised.

“In Australia we have a very generic respiratory model where all lung specialists tend to be able to manage all lung conditions. A lot of our overseas colleagues would find that very strange. For example, those in the US are highly specialised. They only do pulmonary vascular or they only do airways … so it’s quite a different paradigm.”

“What I’ve seen in my clinical practice is the more knowledge that your patient expects of you and the more the field is changing rapidly – and with emerging conditions like COVID where it is very difficult to stay across all the literature – that we are going to see the respiratory workforce electing to subspecialise and the referral base recognising that.”

He welcomed the recent approval of PBS funding for double and triple therapies for the rare lung disease, however says it was also a missed opportunity.

“We were stuck in a model of subsidised monotherapy when all the evidence was that two drugs or three drugs was actually better for outcomes…so there has been an improvement in access to medications. Regrettably there was also a step away from centres of excellence towards a more generic prescribing approach.”

“In these highly specialised conditions, you really need someone who is seeing lots of the disease to have the expertise to pick up the nuances, to appropriately titrate medications and addressing early downfalls to stop deterioration.”

“We probably had a win in the medications, but maybe a loss in overall clinical management where prescribing should have been limited to highly specialised centres.”

Dr Michail said he is looking forward to the development and implementation of a national lung cancer screening program given the evidence – that low-dose CT scans can help diagnose lung cancer earlier – has been available for a few years now.

“The plus side is we diagnose lung cancer earlier, the downside is we have a lot of non-specific radiological changes that will need assessment. And we probably don’t have the systems and the workforce in place to meet that demand yet,” he said.

More generally, there is already a workforce issue.

“If we have had more than two million people who have had COVID now, with potential long term sequelae and the number of those patients who may need a respiratory opinion, we don’t currently have the workforce to meet that either in the public hospitals or the private sector.”

“If you then add a lung nodule burden to that, I think we are going to have some very, very busy respiratory specialists and burnout will become an issue then.”

“95% of anything to do with sleep was sleep apnoea,” he said.

“But what the community is now complaining about is sleep as an overall health issue. Insomnia, poor sleep quality, reduced sleep hours, irregular sleep and that has been pushed into prime time because of wearable tech.”

“Everyone wears an Apple watch or a Garmin and they’ve got their iPhone next to the bed telling them that they are getting a good sleep or a bad sleep or a fragmented sleep and this has now become a medical issue.”

“People have had insomnia for 20 years but now, because their watch says they’ve got insomnia, they now need to make it a medical issue.”

He said there was huge momentum in this space.

“Yes, there is a component of the worried well but it may have disease consequences.”

He said in an ideal world, the load would be spread across a number of medical specialists and health professionals including  neurology and psychology.

“The burden of sleep issues is a lot more non-respiratory [now] but the workforce is still mainly respiratory.” Professor Sarath Ranganathan, from the Royal Children’s Hospital in Melbourne, told the limbic that paediatric respiratory physicians might face lighter caseload in the future.

His optimism is driven by advances in CFTR-targeted therapies in cystic fibrosis and improved access such as through the recent funding approval for Trikafta.

“It’s a very exciting drug that will probably lead to very significant changes in the care model for us and also for individuals who have access to this drug, it will make a big difference to their lives.”

He said he envisages it may be possible to wean patients off some of their other medications. As well, their improved lung function should facilitate more active lifestyles for patients and the ensuing benefits.

“They will have fewer exacerbations and so in these individuals, currently looked after in outpatients every 2-3 months for the whole of their lives, if they are much more stable and healthier on this drug, is that really a model that is fit for purpose?”

Professor Ranganathan said he was also excited by the prospect of vaccination against respiratory syncytial virus (RSV).

“Every year 1% of all infants under the age of 1 year, end up in hospital because of this infection. Immunisations have not been successful in trials in years gone by but there is quite a lot of optimism about vaccinations that are going to be given to the mothers in pregnancy which seems to be safe and effective and protect against RSV particularly for the most vulnerable babies who are those in the first few months of life.”

“The combination of the prevention of RSV and some of the new genetic treatments like in CF, really does make us wonder what we are going to be doing in the future,” he said.

On a more serious note though, Professor Ranganathan, also a director on the LFA board, said there were new risks on the horizon.

“A risk for us all, particularly in the context of Australia’s fantastic record in trying to decrease the harms of smoking… is the new frontier of vaping and e-cigarettes. Those are being targeted at young people and adolescents and this is certainly something that is very close to our hearts in LFA,” he said.

He said an LFA-funded study at Curtin University had highlighted some of the dangers.

“The study found that 100% of the chemicals in those e-cigarettes have unknown effects on respiratory health. They have not been studied for safety and it is estimated that about two-thirds of those chemicals are very likely to be toxic if you vape them repeatedly.”

“And despite the fact that nicotine is illegal in these products in Australia, 1 in 5 actually contain nicotine.”

“We’ve been defeating tobacco companies in terms of cigarette smoking but this is a new frontier where they are surreptitiously targeting young people by making it look trendy but it’s very dangerous and potentially a bit of a time bomb so we need to all get behind the work the LFA does on this.”

Professor Ranganathan noted that in smoking and in respiratory medicine as much as anywhere, the unfortunate reality was that social inequities were reflected in health inequities.

“…we weren’t all in it together, there were certain risk factors in society that puts you at much greater risk of dying from COVID…poorer socioeconomic circumstances, coming from a CALD population. We know that is the case in all respiratory conditions and will be in the future with climate change, etc.”

“Our job is to really try to advocate for more equitable healthcare. And it’s an important thing to do not just because it’s a nice or woke thing to do, it’s actually the most effective way to decrease harms and decrease deaths and improve the health of everyone in Australia.”