Some relief over sleeping tablet concerns for OSA patients 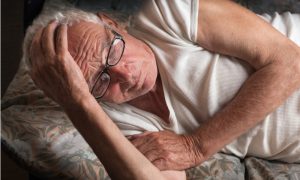 A month of nightly zopiclone treatment does not worsen obstructive sleep apnoea (OSA) severity or symptoms in people with low to moderate arousal thresholds, according to Australian research.

While hypnotics are typically contraindicated in OSA, the study extends the safety evidence for the sleeping tablets in this population beyond single-night studies.

The study found a slight reduction in OSA severity at 1 month in the zopiclone group but with no statistically significant difference compared to placebo.

Similar to previous single-night studies, sleep quality significantly improved on the first night with zopiclone and was maintained over the one-month period but did not reach statistical significance (p=0.06).

“We used to think that sleeping pills were harmful for all patients,” she said.

“However, unlike acute single-night studies of eszopiclone – stereoisomer to zopiclone – a standard dose of zopiclone has limited benefit in terms of reducing OSA severity or improving sleep quality in patients who have sleep quality within the normal range at baseline.”

She said the study was important because many people with OSA were likely to be taking hypnotics.

“Hypnotic use is very common particularly in older individuals and those who are obese – two key risk factors for OSA. About 40% of people with OSA also have insomnia symptoms.”

“While a standard dose of nightly zopiclone did not yield major improvements in OSA severity or sleep quality in people with low to moderate arousal thresholds without major overnight hypoxaemia at baseline as expected, it was not harmful as previously believed.”

She added that further work with different hypnotics at different doses and inclusion of people with poor sleep at baseline was required.