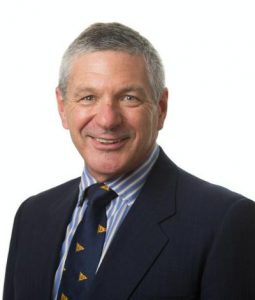 A respiratory physician has thrown his hat in the ring to lead the RACP on a ticket of reengaging disenchanted fellows and getting better value for membership fees.

Melbourne respiratory physician Professor John Wilson is one of three physicians to put their hand up to be elected president-elect position at the poll, which opens on March 5.

Professor Wilson told the limbic the results of his own survey of some 20,000 fellows, which revealed strong levels of disillusionment in the ranks of the 25,000-strong membership (which includes over 7,500 trainees) convinced him to run with a strong reform agenda designed to bring fellows back into the fold and restore the college to its rightful place at the health policy negotiating table.

The survey showed many questioned the utility of their $1800 annual membership fees.

“There was a general belief that the fees are not well justified and the value for money was difficult to see,” Professor Wilson said.

“There is a perception amongst members that the college could be doing more for them, including in relation to for their fees…(and) a general belief that the board is not well connected to the membership and a view that members’ needs are not being met.”

And almost ninety per cent of respondents want the RACP to be very strong in policy and advocacy for healthcare, he noted.

The college could take a prominent role in advocacy, in the way that the AMA does, however at this point it is “outwardly limited”.

“By comparing the RACP with the AMA, there is a contrastingly different approach to policy awareness.

“While it is the RACP membership that generates much of the evidence around public health issues, around palliative care, around adult medicine specialties, paediatrics, they should be the ones who are informing the community about their best medical care.”

Also putting up their hands up for presidency of the RACP are Melbourne general physician Professor Judith Savige and Queensland paediatrician Associate Professor Susan Moloney.

Professor Judith Savige said she was proud of the college’s track record in advocacy on issues like children in detention, climate change, homelessness and health inequities indigenous health and training of indigenous physicians.

If elected her focus would include developing medical education in the Asia-Pacific, creating more supportive workplace cultures and tackling bullying, and preparing hospital workforces for the future.

Associate Professor Susan Moloney could not be reached for comment.

The election follows years of turbulence for the college, with the previous 2016 election dogged by allegations from several high profile physicians of compromised processes and calls for the results to be voided and an inquiry to be held.

Last year one of the RACP board directors, Professor of Medicine at Monash University Paul Komesaroff, took legal action against the RACP, seeking access to a large number of College documents and correspondence.

Professor Komesaroff, who is president-elect of the adult medicine division, will run in the election for one of three board director positions.