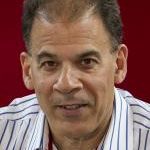 New research that concludes that paracetamol taken during pregnancy is not directly responsible for the increased  asthma risk seen in children has been criticised for having “flawed logic”.

The UK research involving almost 50,000 women found that children born to mothers who took paracetamol during pregnancy did have an increased risk of asthma, but the risk was similar to women who took other pain medications.

The increase in risk for asthma at five years of age was 50% for paracetamol, 42% for codeine and 48% for migraine medication.

Lead researcher Professor Seif Shaheen, Clinical Professor of Respiratory Epidemiology at Barts and The London School of Medicine and Dentistry, who first discovered the link between paracetamol use in pregnancy and asthma, said the results suggested that another as yet unmeasured factor may explain the link.

“For example, women who are taking prescribed painkillers are likely to be suffering from chronic pain… severe pain, and the stress that it causes, have profound effects on the body, including on levels of some hormones, and there is evidence for a link between high levels of mothers’ stress in pregnancy and increased risk of asthma in the offspring.

“If that’s the case then it’s important to manage chronic pain during pregnancy and we should not avoid prescribing painkillers to pregnant women when they are needed, he said.

However, the study results received criticism from Professor Jean Golding, Emeritus Professor of Paediatric and Perinatal Epidemiology, at the University of Bristol in the UK who said there was a “major flaw” in logic with the trial’s design as it had analysed prescriptions for paracetamol.

The consequence is that any true effect of prenatal paracetamol would have been hidden by this study design. Consequently, on the basis of all the other studies I don’t feel that we can state that paracetamol does not cause asthma,” she added.