Sleep physicians have sounded the alarm over the unregulated sales of anti-snoring mouthguards, warning they may be diverting patients from seeking medical treatment for serious sleep disorders.

Mass-produced mouthguards can be bought over the counter and online but patients who self prescribe them for snoring without medical supervision may be masking obstructive sleep apnoea, according to the the Australasian Sleep Association.

In a best practice model, a patient would only acquire a mandibular advancement device to treat snoring or sleep apnoea on prescription from a sleep physician, with a referral to a dentist to have the device custom-made and fitted.

But this approach is being undermined by the aggressive marketing of generic devices – which use a ‘boil and bite’ technology –  online and in furniture and whitegoods stores, according to the ASA and the Australian Dental Association .

It’s part of a wider trend dubbed ‘mail order dentistry’, and the professional groups have written to the Dental Board of Australia asking it to investigate how this industry is impacting public safety, and whether suppliers could be breaching the law. 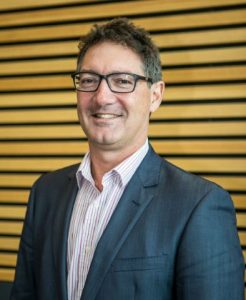 Australasian Sleep Association president Professor Peter Eastwood says the ASA is worried that many people are now self-treating snoring with OTC devices, unaware that they may have a serious underlying sleep disorder.

“Some of these devices may work [for snoring] but in many cases people who are snoring will have sleep apnoea,” he tells the limbic.

“They work well if they are fitted well…If they are not fitted well…they can actually cause damage – they are moving your jaw joint around, they can make it wider, move your teeth around.”

According to the ADA, side-effects from OTC devices occur in between 80-85% of patients and evidence suggests more than two thirds of people who buy one will abandon it within three months and not seek proper medical treatment.

“And that’s more of a concern, when we know that greater than 70% of people in Australia who have sleep apnoea are not diagnosed”.

Dr Andrew Gikas, a dentist who sits on the ASA’s dental sleep medicine council, says there are strict policies and guidelines governing how custom-made oral appliances for disordered breathing are supplied. These rules stipulate that dentists are the only practitioners who can supply and fit them.

However the rules do not apply to the approximately 100 over-the-counter devices on the market, many of which are “aggressively marketed” online and in stores that sell whitegoods and furniture.

“It’s not really adequate healthcare delivery to have people selling televisions and furniture then offering devices to treat snoring and OSA,” he tells the limbic.

“The average patient isn’t going to down to an electrical furniture store and buy themselves some replacement teeth if they’re missing a few. They are worn seven or eight hours a day just like a denture is, why should we put less emphasis on something you wear when you sleep than something you wear in the day?”

“We would like those standards to applies across all devices whether over the counter or custom made.”

Professor Eastwood also highlights the concerns over self prescribed DIY snoring aids in the latest ASA newsletter, which notes that there have been episodes of adverse patient outcomes and complaints from both patients and ASA members.

“This is an important public health issue, as the public is unaware of the potential side effects of unsupervised or unmonitored therapy. The ADA is in the process of writing a new policy on mail order and do-it-yourself dentistry, for which the ASA has also made a submission,” the newsletter says.