The biggest lung disease crisis since asbestos: silicosis in stonemasons

Silicosis is no longer a ‘historical’ disease, according to respiratory physicians who are sounding the alarm about a rapidly-emerging crisis among stonemasons exposed to silica dust while cutting stone for kitchen benchtops.

Clinics are seeing rapidly increasing numbers of  cases  in workers of all ages who cut, grind and polish engineered stone for kitchen and bathroom benchtops, according to Melbourne respiratory physician Dr Ryan Hoy.

And one of the features of the resurgence is that many cases represent an accelerated form of silicosis – occurring after relatively short but intense periods of exposures to silica dust. 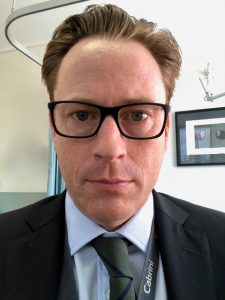 Dr Hoy told the limbic that unlike the traditional coal miner’s ‘black lung’ the new wave of silicosis is characterised by lung fibrosis after short periods of occupational exposure to dust.

“There’s nothing new from a respiratory point of view but what is new is the likelihood of a large number of workers being exposed to a high intensity of silica dust and the high risk of those workers developing accelerated silicosis.”

“This accelerated form is associated with a higher intensity exposure and develops with less than 10 years of exposure and we are seeing it in people who have worked in the industry for as little as three years, possibly even less than that.”

“What we’ve seen is that with that high intensity exposure it seems to be more progressive disease than chronic silicosis which develops from a lower level but long-term exposure.”

Dr Hoy, who has previously reported on a small series of cases, said several patients have already undergone lung transplantation as a consequence of their disease.

“There is a more significant risk of progression to the complicated form of silicosis known as progressive massive fibrosis and at that stage there is really severe lung fibrosis, really severe impairment of lung function and functional capacity as a result of that extensive disease.”

He said there was an urgent need for clinical trials of new anti-fibrotic therapies to see if they might be effective in silicosis.

Respiratory physicians should have a high index of suspicion for silicosis after taking a good occupational history including what products the patient had worked with, he said.

He said it was important to have a good relationship with radiologists to get their opinion on radiologic findings and to also draw in assistance from occupational physicians about issues such as the potential for patients to safely return to work. 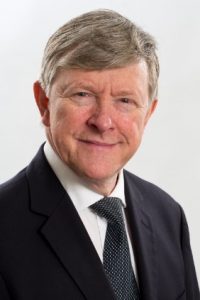 The resurgence of silicosis in the stone-cutting industry has also led to high numbers of  compensation claims and concerns that many workplaces are failing in their duty of care to employees.

An ongoing audit of Queensland manufacturers of the products has revealed unsafe work practices including dry cutting of stone, poor ventilation of work areas and a lack of personal protection equipment.

“To date, WorkCover Queensland has received 26 workers’ compensation claims for silicosis, including 22 claims lodged within the past three weeks,” she said in September.

“Tragically, at least six of the confirmed cases have progressive massive fibrosis, which is the end stage of the disease.”

The Thoracic Society of Australia and New Zealand (TSANZ) has called for a national registry, which could act as an early warning system when patients are seen with occupational lung diseases like silicosis.

“A number of thoracic physicians have brought to our attention that they have identified cases of accelerated silicosis occurring in the manufactured stone bench industry over the last few years,” TSANZ president Professor Allan Glanville said.

“TSANZ has called for a national respiratory health surveillance and registry program to drive an evidence based approach to this burgeoning health care issue. In short, this is a serious work safety issue where predominantly young men have developed work related progressive respiratory failure, which in some cases has mandated lung transplantation.”

“Clearly, Australian workers deserve a safe workplace, and early intervention and treatment if and when problems arise. Prevention is the best strategy but we need to know the scale and act now. Time is of the essence.”

Dr Hoy added that screening for silicosis had been done well in the mining industry for a long time.

“And it should have been done in this industry since the product was first introduced but it’s failed to be done. So now we are playing catch up where screening is being rolled out in Queensland and it is uncovering the extent of the problem.”

He said with a national registry, government and industry could have acted earlier rather than the delayed response now underway.

The issue is gaining widespread attention through ABC’s 730 program.