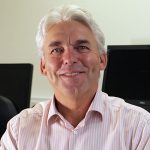 Professor Gibson, a respiratory physician at John Hunter Hospital and University of Newcastle is the 2018 recipient of the ERS Gold Medal, recognising excellence in the field of asthma research. A €50,000 ($A77,000) grant accompanies the medal.

Professor Simpson, a research scientist at the Hunter Medical Research Institute (HMRI)  is being honoured with the ERS’s Romain Pauwels Research Award, which also attracts €50,000 in funding. The award recognises younger researchers working in respiratory diseases.

“These are outstanding achievements for Peter and Jodie, as well as the University of Newcastle, Hunter New England Health and HMRI,” Professor Vanessa McDonald, co-Director of the NHMRC Centre of Excellence in Severe Asthma and deputy director of the UON’s Priority Research Centre for Healthy Lungs, said.

Along with his research team, Professor Gibson is working on multiple projects to improve and personalise the management of severe asthma. Results of his recent AMAZES study, published in international journal The Lancet, showed asthma attacks were reduced by 40% with a low daily dosage of the macrolide antibiotic Azithromycin.

Professor Simpson, co-leader on AMAZES, has been focusing on airway inflammation caused by neutrophils. 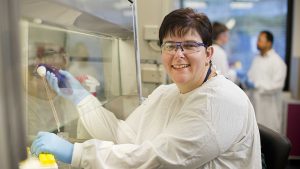 She now leads a research program investigating airway infection, inflammation and treatment of severe asthma and COPD and her paradigm-shifting work has greatly advanced the phenotyping of airways disease and overhauled the way asthma is clinically described.

“It is a great honour to be recognised by a prestigious European society for my work as a lung disease scientist,” Professor Simpson said. “These funds will allow me to continue to develop my work into the mechanisms and treatment of airway inflammation in asthma and COPD.”

Professors Gibson and Simpson will receive their respective awards during the ERS International Congress in Paris on September 18.