For all the excitement about monoclonal antibodies in the management of severe asthma, oral corticosteroids are here to stay for the foreseeable future, leading respiratory physicians say.

And this means there needs to be more work on how to better titrate doses of corticosteroids and evidence-based guidance on how to safely and effectively reduce or discontinue their use, according to an article in the Severe Asthma supplement to the Medical Journal of Australia. 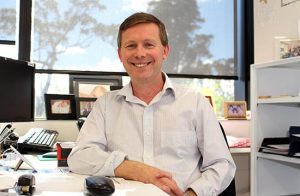 Co-author Professor Peter Wark, of Newcastle, NSW,  told the limbic the way relevant clinical trials were designed and the way monoclonal antibodies were registered ensured the ongoing use of oral corticosteroids.

“So we are still demanding that people are going to need a lot of oral corticosteroids. And I think there is a lot we could do to use them smarter where we are not just doing what we’ve done for the last 70 years with no real evidence.”

Professor Wark says the recent dupilumab trial showed that oral corticosteroid use could be substantially reduced in the context of biologic therapy for severe and difficult asthma.

“But only about half of all those patients enrolled in those trials were able to come off oral steroids completely and that is pretty much what we have seen in the benralizumab case.”

And when it comes to the question of how much oral steroids people need in the context of severe asthma, we still don’t really know the answer to that question despite the fact we have been using steroids since the 1950s, he adds.

“We also don’t know to how to withdraw oral corticosteroids safely and effectively and there are issues around adrenal insufficiency and the best ways to assess that.”

Professor Wark says that UK and Australian trials are underway looking at the titration of oral corticosteroids to minimise the dose while still preventing exacerbations.

“And obviously this is very much a changing landscape where the monoclonals are going to have a definitive impact but I think those questions still need to be answered.”

Until then, there is little alternative to the use of oral corticosteroids in the context of acute asthma and especially in childhood disease, he believes.

“None of the new treatments still really target early onset disease, particularly acute disease and I think that remains a major unmet need in the management of asthma.”

“The only monoclonal that is able to be used in children under 12 is omalizumab – the only one that has really been trialed in those younger age groups. In 6 to 12 years it has shown some promise in reducing the frequency of exacerbations, but it is going off patent now and there are no trials that are going to take that any further at the moment.”

Professor Wark says newer agents such as the anti-IL-5 agents are probably not that well suited to childhood asthma and he is not aware of anybody looking at them.

“Perhaps dupilumab would have utility but again I’m not actually aware of anybody looking at that cohort.”

He suggests one of the ways to reduce oral corticosteroid use will be to consider using monoclonals earlier in the disease process.

“Trials need to be done to answer those questions so that we are not waiting until people get such severe, fixed disease which is probably quite difficult to treat,” he says.